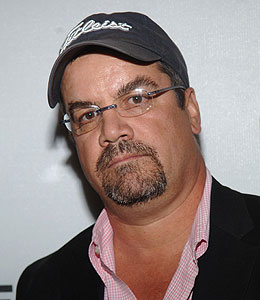 Note to would-be blackmailers: insist on cash.Â  Then you have at least some shot at deniability (“officer, I don’t know anything about the $2 million in the duffle bag”).

Joe Halderman, on the other hand, reportedly negotiated terms with David Letterman’s lawyer, then accepted a check for $2 million, and was arrested when he tried to deposit it.

I also find it bizarre that he thought the revelation of Letterman’s affairs would cause the late-night host’s “world to collapse.” In an entertainment industry where people are lining up in support of admitted child-raper Roman Polanski, disclosure of garden-variety infidelity is hardly likely to be catastrophic.