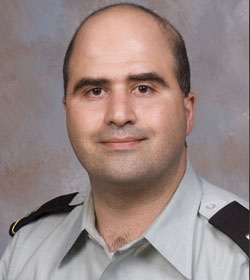 Two debates are under way regarding the monster who gunned down fellow soldiers at Fort Hood.Â  Both debates are silly, for different reasons.

The first debate is about whether the shooting spree constitutes “terrorism.” This issue comes up every time a Muslim commits a high-profile violent crime.Â  Just a week before Fort Hood, when a mosque leader was killed in Michigan in a gun battle with the FBI, authorities quickly declared that it was not “terrorist-related.”

The debate is silly because terrorism has become a meaningless word.Â  The term “Global War on Terrorism” is a politically correct euphemism that conflates the enemy with the enemy’s tactic. Through this misuse, the word “terrorism” has taken on more significance than it deserves.Â  It’s simply not useful to debate whether Nidal Malik Hasan is a terrorist. [Update: We should instead be debating whether he is a jihadi.]

It would be useful, of course, to determine whether he acted in concert with others.Â  So far it appears that he did not.

The second silly debate is about whether Hasan’s rampage could have been prevented if authorities had paid more attention to warning signs.Â  “One of the most obvious questions as investigations go forward is whether the FBI or military authorities missed an opportunity to prevent Maj. Hasan from acting,” said the Washington Post, citing internet postings expressing sympathy for suicide bombers and his opposition to the wars in Afghanistan and Iraq, which he apparently considered a “war on Muslims.”

Hasan’s political beliefs are clearly significant in hindsight — but it’s absurd to think the Army somehow should have known he was dangerous. Â  Our society doesn’t take action against people for thinking wrong thoughts, or for giving voice to them. Nothing I’ve read about Hasan’s behavior comes close to justifying the kind of heightened scrutiny that would have been required to prevent his rampage.

And yet, some on the right insist otherwise. On Contentions, Jennifer Rubin writes, “Listen, ignoring reality and feigning indifference to the views and behavior of Major Hasan isÂ how we wound up with 13 dead and 30 wounded, right?” Roger L. Simon takes the argument even further:

But that pathology of political correctness has now been laid bare before us. More than the two handguns, it was the murder weapon in that room at Fort Hood. Those thirteen innocent people are indeed PC deaths because it was PC that allowed Hasan to be there.

Please.Â  Political correctness didn’t kill anybody.Â  Hasan killed them.Â  The authorities certainly should make every effort to learn anything that might help them prevent a recurrence.Â  But they’ll never be able to eliminate the possibility of a lone gunman.