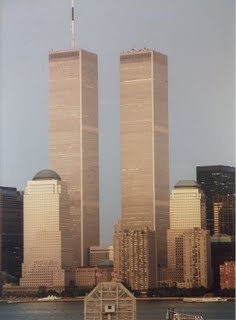 When I first started hearing about it, the controversy over a proposed mosque near the gaping hole where the twin towers once stood seemed like an annoying distraction.Â  I wished the whole discussion would just go away.Â Â  I sympathized with the visceral opposition to a monument to Islam near where fanatical Muslims killed so many Americans.Â  But it’s too easy to caricature that opposition as religious intolerance.

Fortunately, moderate Muslims have come to the rescue, and have branded the plan as the provocation it is. Raheel Raza and Tarek Fatah, writing in the Ottowa Citizen (hat tip to Andy McCarthy):

So what gives Imam Feisal Abdul Rauf of the “Cordoba Initiative” and his cohorts the misplaced idea that they will increase tolerance for Muslims by brazenly displaying their own intolerance in this case?

Do they not understand that building a mosque at Ground Zero is equivalent to permitting a Serbian Orthodox church near the killing fields of Srebrenica where 8,000 Muslim men and boys were slaughtered? …

As Muslims we are dismayed that our co-religionists have such little consideration for their fellow citizens and wish to rub salt in their wounds and pretend they are applying a balm to sooth the pain.

Neda Bolourchi, a secular Muslim whose mother was on the plane that hit the North Tower, writing in the Washington Post (hat tip for my headline and the following item to John McCormack) :

Though I have nothing but contempt for the fanaticism that propelled the terrorists to carry out their murderous attacks on Sept. 11, I still have great respect for the faith. Yet, I worry that the construction of the Cordoba House Islamic cultural center near the World Trade Center site would not promote tolerance or understanding; I fear it would become a symbol of victory for militant Muslims around the world.

And my go-to guy for Muslim moderation, M. Zuhdi Jasser of the American Islamic Forum for Democracy, who way back in May had a column in the New York Post that I missed at the time (hat tip to my research assistant, Mr. Google):

My first concern is whether the financing truly represents the local American Muslim community or comes with strings from foreign Islamists. But that is far from my last concern.

I am an American Muslim dedicated to defeating the ideology that fuels global Islamist terror — political Islam. And I don’t see such a “center” actually fighting terrorism or being a very “positive” addition near Ground Zero, no matter how well intentioned.

To put it bluntly, Ground Zero is the one place in America where Muslims should think less about teaching Islam and “our good side” and more about being American and fulfilling our responsibilities to confront the ideology of our enemies.

On reflection, I think it’s a good thing that this controversy is taking place.Â  It provides a forum for discussion of the delicate but essential task of distinguishing Islam from Islamic fascism.Â  Three cheers for all of the brave Muslims and former Muslims who are willing to risk participating in that discussion.