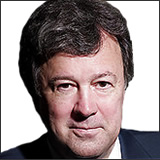 I can’t find it now, but before the election I recall reading a smug liberal comment that it was mathematically impossible for the Democrats to lose enough Senate seats to give the Republicans a veto-proof majority of 60 seats.Â  Thus, the commenter said, Obamacare would be unrepealable even after the 2010 election.

In an article titled “What Can Republicans Do About Obamacare?“, John C. Goodman describes why Obamacare opponents can afford to wait for a Republican president.Â  Here’s how it starts:

Everyone expects the new Republican House of Representatives will vote to repeal Obamacare. This move will probably be blocked in the Democrat-controlled Senate, however; and failing that, the president will use his veto pen to save the Democratsâ€™ crown-jewel policy achievement.

Then what? Having health care as an issue may actually be a blessing for the GOP. Obamacare has been a gift to the Republican party. It was the single most important reason for their historic gains in last weekâ€™s election. Better still, itâ€™s a gift that can keep on giving, if appropriately managed.

Remember, the really bad features of the law (mandates for individuals, fines for employers, federal regulation of everyoneâ€™s insurance, government-run health-insurance exchanges) donâ€™t kick in for several more years (in 2014). In the meantime, Republicans donâ€™t really lose very much if the best argument for voting Republican in the 2012 election remains in place.

On the other side of the aisle, the health-care-reform bill is an albatross hanging around Democratsâ€™ necks. I doubt if any Democrat wants to cast an up-or-down vote on it again. And as long as itâ€™s there (especially if itâ€™s never really implemented), it will cost the Democrats many congressional seats. Imagine that the start date keeps getting pushed back. Along the way, Obamacare will be a big issue in every election. That scenario would be a nightmare for the Democratic party.

Note to Republicans:Â  PLEASE don’t throw away the chance by nominating Sarah Palin in 2012.