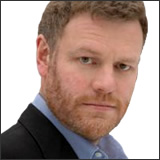 “The joke re the original $38.5 billion deal was that, in the time it took to negotiate it, we added as much again in new debt (weâ€™re borrowing about $4 billion a day). … At some point, you have to close a cabinet department just to show youâ€™re serious. Instead, the governing class is sending the message that the political institutions of the United States are so diseased they do not permit meaningful course correction.”