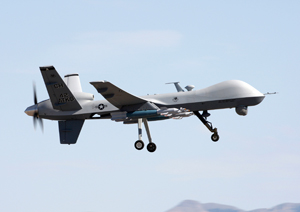 I largely ignored the Rand Paul drone-related filibuster when it happened, because it seemed quixotic and unserious.Â  I’m a critic of the president, but it had never occurred to me to worry that Obama might drone-bomb Jane Fonda.Â  I was mildly surprised when pundits began saying the filibuster had increased Paul’s stature in the Republican party.

The drone controversy highlights once again the crucial differences between law enforcement and war.Â  Certainly the Osama bin Laden takedown could not have been accomplished by American law enforcement efforts, and the mission was surely “illegal,” at least from the Pakistani point of view. But it was the greatest positive accomplishment of the Obama presidency, and when America is at war, the commander in chief must have considerable latitude to take the battle to the enemy. 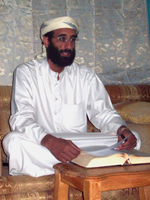 I have no qualms whatsoever about taking out Anwar al-Awlaki, a nominal American citizen and an influential enemy leader, with a drone strike in Yemen.Â  But the situation is completely different on U.S. soil, where a civilian SWAT team with a warrant can reasonably be expected to capture an enemy or kill him in the attempt.

By all means let’s have a public debate over drone policy, and I agree with Podesta that the president should be more forthcoming with Congress.Â  But it’s impractical to legislate based on extreme and hypothetical possibilities — and it’s dangerous to do so in the context of war.

Law enforcement generally should take the lead in anti-terrorism efforts within the United States, but there has to be room for exceptions. Certainly most people would have agreed on September 10 that it would be utterly wrong for the U.S. Air Force to shoot down a U.S. commercial airliner over U.S. soil.Â  But of course that order was given on September 11, and I’m not aware of any serious person in either party who thinks it was inappropriate.Â  Fortunately the patriots on Flight 93 made it unnecessary.

* Just this morning CNN reports that conservative GOP Sen. Rob Portman has reversed his position and expressed support for same-sex marriage, his reconsideration prompted by his son coming out as gay. As a marriage equality advocate and a Republican I have mixed feelings about this.Â  It’s unfortunate that support from prominent Republicans seems to require gay offspring (cf. Cheney, Dick).Â  But as a practical matter, incremental Republican support is far more important to the cause than incremental Democratic support. So welcome, Senator Portman.