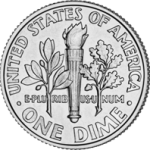 Presidents in both parties â€“ from John F. Kennedy to Ronald Reagan â€“ have known that our free enterprise economy is the source of our middle class prosperity.