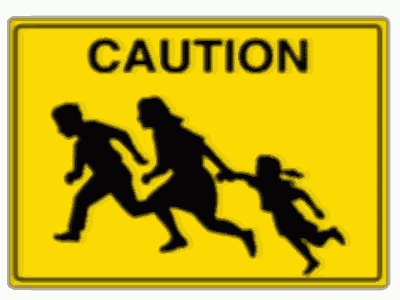 I’m a rule-of-law kinda guy.Â  Foundation of a peaceful society, and all that.

To be less flip about it, I believe that generally speaking, laws should be enforced.Â  If society (or a court) decides that a particular law is inappropriate, the law should be changed (or overturned).Â  It makes no sense to require law enforcement agencies to wink at crimes or avert their eyes.Â  Yet that’s how the federal government “enforces” immigration and residency laws.

Many of the people objecting to Arizona’s new law are doing so, consciously or otherwise, based on a belief that laws against entering the country illegally should not be enforced.Â  That’s the only way to understand the intensity of the objections.

Arizona has done nothing more than assert that it has a right to enforce a law that the federal government has manifestly failed to enforce.Â  Immigrants in this country have been required for decades to carry proof of legal residency with them at all times.Â  The Arizona law imposes no additional hardship on anybody who is in this country legally.

There’s an obvious concern that the law could be used inappropriately to harass Hispanic people.Â  But any law can be enforced inappropriately, and Arizona already has made some changes to the law to deter abuses.Â  The bottom line is that the only people who will be disadvantaged by the new law in any meaningful way will be people who have taken advantage of the fact that the federales don’t enforce the law.

And that’s why people object to the Arizona law — it will be effective.Â  Most illegal aliens will leave the state before the law takes effect this summer, and many of those who remain will end up in deportation hearings.Â  This will result in genuine hardship for many, many people — some of whom will be sympathetic characters with heart-wrenching stories.Â  But despite the euphemistic efforts to create a protected class of people known as “undocumented workers,” we’re talking about people who are breaking the law by being here.

An intellectually coherent argument can be made that the borders should be open, with no restrictions on immigration.Â  Anyone who wants to make that argument should have at it — and if you can convince enough people, let that become the law of the land.Â  In the meantime, we should enforce the law we have.

One thought on “The Real Objection to Arizona’s Residency Law: It Will Work”