This is a roundup of some of the best commentary I’ve seen on the bizarre dismissal of Juan Williams.Â  Cliff May sets the scene: 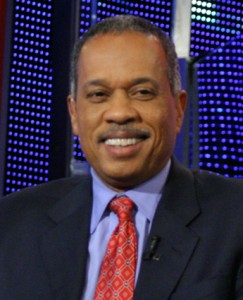 So much for National Public Radio’s commitment to freedom of speech. As just about everyone now knows, NPR fired commentator Juan Williams for expressing not an opinion but a fear — one that millions of Americans almost certainly share.

“When I get on a plane,” Williams told Fox News’ Bill O’Reilly, “I’ve got to tell you, if I see people who are in Muslim garb and I think, you know, they are identifying themselves first and foremost as Muslims, I get worried. I get nervous.”

This reminded me: A few years ago, I was traveling with a government official from the Middle East. His name clearly identified him as a Muslim. We were screened at two airports, and I noticed he was not searched thoroughly. He told me that was not unusual — and he was not pleased by it. Why not? Because, he said, “If they’re not scrutinizing me, who else are they not looking at? I don’t want to get killed in a terrorist attack any more than you do.”

To express that fear in public cannot be a firing offense.

CHARLES KRAUTHAMMER, SYNDICATED COLUMNIST: Well, I want to start by having people look at this quote from Jesse Jackson about 18 years ago in which he says, I hope we can put it up on the screen, that when he walks down the street, hears footsteps, and he starts thinking about robbery, he looks around and when he sees someone who is white, he feels relieved.Â  Jesse Jackson is saying this. In other words, if the people he looked at were black, he would feel anxiety or fear.

Now, this — there is nobody in his right mind that is going to say that Jesse Jackson is a racist, anti-black racist. He’s not.

YetÂ what had Williams done, exactly? He acknowledged his own biases, and then explained the fallacy embedded therein. He was being honest, and in so doing, demonstrating an important fact that the nice white liberals who predominate at NPR try to deny, especially for themselves. Namely, that even the best of us can be taken in by racism, by religious bias, by ethnic chauvinism, by prejudice. No matter our liberal bona fides, the bottom line is this: advertising works, whether for selling toothpaste, tennis shoes, or stereotypes….

The only difference between Juan Williams and the people who fired him is this: Williams is honest enough to admit his own damage. And importantly, what the research on this subject tells us is that it is precisely those persons who are able to see and acknowledge their biases who are the most likely to challenge themselves, and try valiantly not to act on them. In other words, it is the Juan Williamsâ€™s of the world whose self-awareness in this regard will minimize the likelihood of discriminatory behavior. Meanwhile, itâ€™s the liberals who deny to their dying breath that they have a â€œracist bone in their bodies,â€ or who swear they â€œnever see color,â€ or insist that they are open-minded, forward thinking and free of prejudice, who are often unable to see how their internalized biases effect them, and move them around the chessboard of life without them even realizing it. Frankly, those are the ones from whom racial and religious â€œothersâ€ probably need the most protection.

At least one good thing has come out of National Public Radio’s firing of Juan Williams. NPR’s vice president had barely hung up the phone after informing Mr. Williams that he was being terminatedâ€”and refusing to meet with him, a long-time colleague, to discuss the matterâ€”when the calls began for Congress to cut off funding for NPR entirely.

Bill O’Reilly… called for “the immediate suspension of every taxpayer dollar going into NPR.” Sarah Palin issued a Facebook posting called “Juan Williams: Going Rogue,” in which she wrote: “If NPR is unable to tolerate an honest debate about an issue as important as Islamic terrorism, then it’s time for ‘National Public Radio’ to become ‘National Private Radio.'”

Then South Carolina Republican Sen. Jim DeMint issued a statement saying that he would introduce a bill to end federal funding of public broadcasting. Most significantly, the man who may be the next House Speaker, John Boehner, told National Review Online: “We need to face factsâ€”our government is broke. Washington is borrowing 37 cents of every dollar it spends from our kids and grandkids. Given that, I think it’s reasonable to ask why Congress is spending taxpayers’ money to support a left-wing radio networkâ€”and in the wake of Juan Williams’ firing, it’s clearer than ever that’s what NPR is.”

With over 500 TV stations as well as satellite and over-the-air radio, why in the world do taxpayers need to pay for left-wing propaganda masquerading as news? Seriously, thatâ€™s what the New York Times, the Huffington Post, and Fox Newsâ€™s cableÂ competitorsÂ are there for.