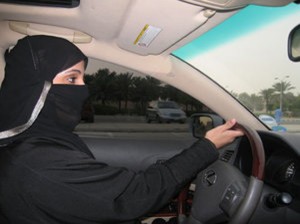 Religious tolerance not a strong suit in "Saudi" Arabia

One of the biggest impediments to a much-needed Islamic Reformation is the location of Islam’s holiest sites. Nothing symbolizes this more powerfully than the fact that Saudi women risk jail or worse if they drive a car.

Islam was born in Seventh Century Arabia, and now has (depending on whose numbers you believe) about 1.5 billion adherents, behind only Christianity among the world’s major religions.

Only 26 million of those adherents — less than 2% — live in “Saudi” Arabia.Â  (The scare quotes are aimed at the deeply corrupt House of Saud that has ruled Arabia with an iron fist since only 1932.) But that misbegotten kleptocracy has way too much mindshare in the world’s second-largest religion.

Seventh Century Arabia was a barbarous place, and it spawned sharia, a barbaric social and legal code under which the hands of thieves are amputated and the penalty for renouncing Islam is death.Â  Sharia is incompatible with modernity. 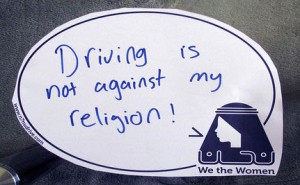 Yes, yes, lots of evil has been done in the name of Christianity as well.Â  Yes, there are despicable passages in the Christian Bible and the Jewish scriptures.Â  But women drive in Rome and Greece and Israel and the American Bible Belt and any other place that could be accused of being the cradle of Christianity or Judaism or democracy or Western Civilization.

Islam is not the enemy.Â  Barbarism is the enemy.Â  There are Muslims who are not barbaric, and there are barbarians who are not Muslims.Â  But the 21st century’s most dangerous strain of barbarism has its center of gravity in a culture that produced 15 of the 19 September 11 hijackers.Â  A culture whose organizing figure consummated his “marriage” to Aisha when the girl was 9 or 10.Â  A culture where even today, women risk jail if they drive.

Given all of this, should Obama have taken up arms against Muammar Gaddafi?Â  I dunno.Â  But I know who I’m rooting for.