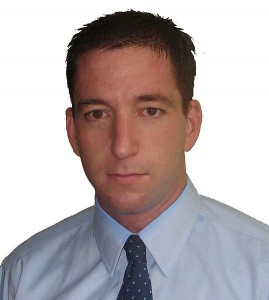 While the world waits patiently to see if Norway will join Oklahoma City [Whoops! and Virginia Tech! and Columbine!] in the modest panorama of non-Islamic terrorist atrocities, Glenn Greenwald is getting out in front with a predictable gambit: Blame America First.

Still, IÂ can’t help noticing, and being quite bothered by, the vast difference in reaction to the violence visited on Western nations such as Norway and the violence visited by WesternÂ nationsÂ (particularly our own) on non-Western nations.Â  The violence and indiscriminate death brought today to Oslo is routinely and constantly imposed by theÂ U.S. and its closest allies in a large and growing list of Muslim nations. Â On a weekly basis — literally — the U.S. and its Western allies explode homes, mangle children, extinguish the lives of innocent people, disrupt communities, kill community and government leaders, and bring violence and terror to large numbers of people — those are just facts.Â Â And yet a tiny, tiny fraction of attention, interest and anger is generated by such violence as compared to that generated by the violence in Oslo today.Â  What explains that mammoth discrepancy in interest, discussion, and media coverage?

It’s also interesting to note that Greenwald implicitly assumes that the attack is probably “jihadi” related.Â  Why else go into detail about Norway’s participation in the wars in Afghanistan and Libya?Â  He’s less interested in giving Islamists the benefit of the doubt than he is in saying “we’re just as bad.”

(Photo of Glenn Greenwald from Wikipedia — I totally can’t be bothered to figure out all their licensing blather, but I think that means it’s in the public domain.)