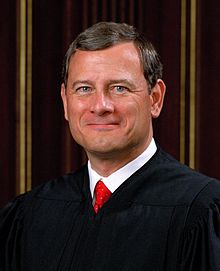 Which presidential candidate gets an electoral boost from the Supreme Court’s Obamacare decision?

On balance, I think Obama gains a slight advantage — or at least, I think it would have been worse for him if his signature achievement had been overturned as unconstitutional.Â  The potential downside for Obama is that voting him out of office now becomes the only way to have any hope of overturning the legislation.Â  But how potent a factor will opposition to Obamacare really be?Â  It was pretty potent in the 2010 midterm elections, in the immediate wake of the outrageous shenanigans (remember “deem-and-pass” and the “Cornhusker Kickback“?) employed to pass a bill opposed by a majority of Americans without a single Republican vote in Congress.Â  Now, however, Obamacare has momentum on its side — hey, it’s constitutional!

What does the decision mean for the credibility and reputation of the Supreme Court?

It’s probably a net positive, at least in the long run.Â  Most people (including me) expected yet another 5-4 decision along ideological lines.Â  (The mother of all 5-4 decisions, of course, was Bush v. Gore, where many felt the split was nakedly political.) Â Instead, the GOP-appointed Chief Justice joined the four liberal justices in upholding Obamacare.Â  I wish the decision had gone the other way, but conservatives can take some solace in the fact that Roberts’ ruling limits the expansion of the Commerce Clause.

Did Chief Justice Roberts make a political or an apolitical decision?

Depends on whom you ask, of course.Â  The Chief Justice’s ruling cited precedent requiring that â€œevery reasonable construction must be resorted to, in order to save a statute from unconstitutionality.â€Â  So one can argue that the ruling is the opposite of judicial activism, paying deference to the legislative and executive branches.Â  On the other hand, “Mr Roberts rather straightforwardly legislated from the bench by offering and affirming a construction of Obamacare which the administration itself rejected.”

Will Obamacare be reversed if the GOP wins big in November?

Yes.Â  It’s mathematically possible, but highly unlikely, that the Republicans will end up with a filibuster-proof 60-vote majority.Â  But a simple majority may be enough, because under the Senate’s arcane “reconciliation” process, votes on tax matters require only 51 votes to pass.

And Obamacare, of course, is a tax.Â  The Chief Justice of the Supreme Court made it official.