It seems clear after Saturday’s Senate vote that America will avoid the worst excesses of the various Democratic proposals to remake the health care system.Â  The Senate voted 60-39 to allow the debate to reach the Senate floor, but although the vote was a nominal victory for the Democrats, they had zero votes to spare as they (temporarily) averted a Republican filibuster.

In particular, while stalwart Independent ex-Democrat Joe Lieberman sided with the Democratic caucus on this procedural vote, he has made it clear he will join Republicans in blocking any bill that includes the single-payer stalking horse known as the “public option.”Â  A few Democrats have also signaled that the party cannot necessarily count on their votes on an actual bill, while I’ve seen no signs that any Republicans are likely to break ranks.

Thankfully, the public “option” appears to be dead.

But just in case it attempts to lurch zombie-like from the grave, I’m glad to see an increasing number of resources available making well-articulated arguments against the move toward socialized medicine.

The video at the top of this post is perhaps the best of four well-made films available at FreeMarketCure.com, a website “dedicated to correctly diagnosing the problems with the U.S. health care system and promoting solutions which preserve and extend individual liberty.”Â  Three of the films feature Canadians describing why America should not emulate Canada’s health care system, and the fourth examines the famous battle cry ofÂ  “45 million Americans without health care” and shows how it vastly overstates the problem.

The other health care system we’re told we should covet is the fully socialized European model.Â  Here, too, there is a helpful video, this time from the Center for Freedom and Prosperity,Â  titled “Don’t Copy Europe’s Mistakes: Less Government Is the Right Way to Fix Healthcare.”Â  (Hat tip: America on the Rocks.)

Another great resource, although a more cumbersome one, is James Taranto’s “Great Moments in Socialized Medicine” — a frequently recurring feature in his trenchant Best of the Web Today column on the Wall Street Journal‘s website.Â  These items cite news stories describing instances where the bureaucracy of the British health care system has impeded quality health care, and often are set up by Taranto’s trademark dry wit.Â  From an example last week:

If women are discouraged from getting mammograms, as a U.S. government panel recently advised, some will die, but at least others will be spared the discomfort of getting mammograms. There isn’t a similar upside to the following decision by Britain’s socialized medical system, described by London’s Daily Mail:

Liver cancer sufferers are being condemned to an early death by being denied a new drug on the Health Service, campaigners warn….

Each individual item could be dismissed as anecdotal evidence, but Taranto has posted dozens of such items, and the recurring drumbeat is quite effective.Â  It’s a pity that it’s so hard to find them.

Taranto is an important pioneer of the blogosphere — I’ve been reading his BotWT every weekday since before 9/11, and he continues to polish his craft.Â  Unfortunately, his site hasn’t kept up with innovations in blogging software.Â  His primitive format doesn’t even provide a way to link to individual items within his daily roundup, let alone make use of elementary organizational tools like tags, and the search function is highly unsatisfying.Â  But a jerry-rigged Google roundup of his columns that include “Great Moments” posts can be found here. 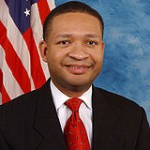 This is a bit of a tangent, but one last hopeful sign can be found in a particularly flagrant example of rhetorical over-reaching.Â  Jesse Jackson, who long ago squandered whatever moral authority he might once have had, last week said at a Congressional Black Caucus meeting, “You can’t vote against healthcare and call yourself a black man.”Â  This was a reference to a vote against Pelosi-care by Rep. Artur Davis of Alabama, who does call himself, and who from his photo appears to be, in fact, a black man.

If the increasingly desperate proponents of health care “reform” continue to serve up this type of poisonous rhetoric, it will only serve to stiffen the spines of Americans across the country who have been pressuring their representatives to tread carefully in remaking one-sixth of the economy.

4 thoughts on “Hope (and Ammunition) for Opponents of Socialized Medicine”