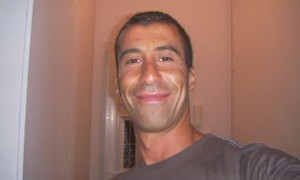 Ahmed Merabet, 42, the final victim of the terrorist attack on a French magazine, was aÂ  police officer and a Muslim. That last attribute led to #JeSuisAhmed going viral on Twitter, apparently sparked by this tweet:

I am not Charlie, I am Ahmed the dead cop. Charlie ridiculed my faith and culture and I died defending his right to do so. #JesuisAhmed

It’s a powerful statement, but the reality is a little more complicated.Â  Merabet undoubtedly died unaware of the irony. It’s not clear from news accounts whether he came upon the scene by happenstance, or if he was responding to an initial police bulletin — but in either event he was not defending free speech or Charlie Hebdo. He was defending his city.

But that makes him no less of a hero, and no less of a beacon of hope in the face of yet another Islamist atrocity.Â  Unlike the thugs who killed him, Merabet had assimilated into French society, while retaining his Muslim identity. He’d been a cop for eight years, and had just qualified for promotion to detective. The picture by which he’s become known is a selfie, apparently taken in a bathroom, showing a man with kind eyes and a broad smile.

Islam needs more heroes, and they need to be celebrated when they emerge. An Islamic hero in this context is someone who pushes back against Islamic extremism, sometimes at great risk to his or her life.

I’ve written many times about M. Zuhdi Jasser, a devout Muslim and former U.S. Navy officer who heads the American Islamic Forum for Democracy, which is dedicated to making Islam co-exist with modern American culture.

Another hero is Ayaan Hirsi Ali — Muslim by birth, now atheist by choice (which itself is grounds for death under sharia, the barbaric legal and social code spawned in Seventh Century Arabia). Ali has been accompanied by armed guards ever since the murder of Theo Van Gogh, who was working with Ali on a film critical of Islam.Â  Despite the personal threat, Ali never hesitates to speak out against the jihadis, including those who perpetrated the Paris massacre.

Can a dictator who took power in a military coup be a Muslim hero?Â  Egyptian President Abdel Fattah al-Sisi is trying. Just days before the Paris shootings, Sisi declared that Islam needs “a religious revolution,” that Islam “is being torn, it is being destroyed, it is being lostâ€”and it is being lost by our own hands.” He’s been preaching along similar lines for more than a year.Â  Brave words for a man with a predecessor — Anwar Sadat — who was machine-gunned by Islamists for making peace with Israel.