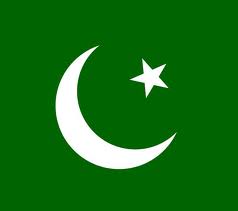 Like the moderate Muslims I quoted in my prior post, I’m opposed to the project that has become known as the “Ground Zero Mosque.”Â  As a blogger called milowent has pointed out, the project is not at Ground Zero, and it’s not a mosque.Â  I agree with those narrow statements of fact, but I draw different conclusions than milowent.

The Burlington Coat Factory site where the project is proposed is not “at” Ground Zero.Â  It’s more than two blocks away.Â  milowent has added labels to a 1997 satellite photo at his site, and it seems pretty clear that the new development would not be visible from Ground Zero.

But let’s not make too much of this.Â  The site is not within the footprint of the old World Trade Center, but it IS the site of a building that was ruined in the September 11 attacks.Â  A landing gear assembly from one of the planes crashed through the top two floors of the five-story building, which has been unused ever since.

milowent also points out that the proposed facility

is not really a “mosque” at all. It is meant to be a 13-story community center, like the YMCA (modeled after the 92nd St Y in Manhattan in fact), though it certainly will contain a decent sized worship/prayer space. But it will also have a restaurant, a pool, a basketball court, child-care center, and a 500-seat performing arts center.

Here’s where I part company with milowent — to my mind, the huge scale of the project makes it MORE objectionable than a simple mosque would be.Â  How many 13-story Islamic facilities are there in New York?Â  (Or in the country, for that matter?) The developers clearly intend for the site to be an unrivaled centerpiece of Islamic cultural and religious activity. Building such a facility to replace a building destroyed on 9/11 is a provocation, as the moderate Muslims I quoted understand.

I wish the developers would take Governor Paterson up on his offer to find a different location, but that doesn’t look likely.Â  So as Tigerhawk wrote the other day:

If the founders of the center own the land they ought to be able to build on it, and opponents should be perfectly free to demonstrate against it. Blocking the center by legal or political means troubles me more than letting it proceed with the understanding that many people will be offended by it.

The First Amendment covers both sides of this dispute — freedom of speech and freedom of religion.Â  Mayor Bloomberg’s snarling about how opponents “ought to be ashamed of themselves” is misguided and not helpful.

Enough with the serious stuff — this post needs some gratuitous sex.Â  milowent points out that New York Dolls, a strip club, is just a block away from the proposed Islamic center.Â  The implication is that it’s silly to think of the neighborhood as sacred ground.Â  Perhaps there would be a hue and cry to close New York Dolls if it had been 19 exotic dancers who highjacked those planes.

Also, I like Greg Gutfield’s plan to open a gay bar catering to Muslims right next to the project. Provocation is a two-way street.