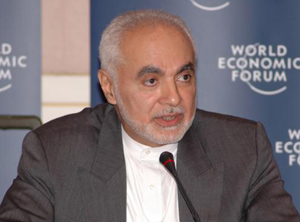 Two useful features today in the Wall Street Journal.Â  First, a symposium titled “What is Moderate Islam?“, in which six scholars and thought leaders explore the topic that represents the world’s best hope for peaceful coexistence between Islam and the West.

Second, “Letters from the Imam,” in which the man behind a controversial proposed Islamic center in Lower Manhattan pointedly refuses an opportunity to portray himself as a moderate in the nation’s largest newspaper.

You really should read the whole thing, but I know you won’t (I can tell from my traffic software when someone clicks a link in one of my posts), so here are highlights from the symposium.

Yet Muslims must do more than just talk about their great intellectual and cultural heritage. We must be at the forefront of those who reject violence and terrorism. And our activism must not end there. The tyrants and oppressive regimes that have been the real impediment to peace and progress in the Muslim world must hear our unanimous condemnation. The ball is in our court.

For the moment, there does not seem to be much prospect of a moderate Islam in the Muslim world. This is partly because in the prevailing atmosphere the expression of moderate ideas can be dangerousâ€”even life-threatening. Radical groups like al Qaeda and the Taliban, the likes of which in earlier times were at most minor and marginal, have acquired a powerful and even a dominant position.

But for Muslims who seek it, the roots are there, both in the theory and practice of their faith and in their early sacred history.

The Prophet Muhammad warned us against ghuluw, or extremism, in religion. The Quran reinforces the need for qist, or balance. For me, Islam at its essence is the middle way in all matters. This is normative Islam, adhered to by a billion normal Muslims across the globe.

Normative Islam is inherently pluralist. It is supported by 1,000 years of Muslim history in which religious freedom was cherished. The claim, made today by the governments of Iran and Saudi Arabia, that they represent God’s will expressed through their version of oppressive Shariah law is a modern innovation.

Reuel Marc Gerecht, senior fellow at the indispensable Foundation for Defense of Democracies:

That is the essence of moderation in any faith: the willingness to exist peacefully, if not exuberantly, alongside nonbelievers who hold repellent views on many sacred subjects.

It is a dispensation that comes fairly easily to ordinary Muslims who have left their homelands to live among nonbelievers in Western democracies. It is harder for Muslims surrounded by their own kind, unaccustomed by politics and culture to giving up too much ground.

Moderate Islam must not be passive. It needs to actively reinterpret the violent parts of the religious text rather than simply cherry-picking the peaceful ones. Ignoring, rather than confronting or contextualizing, the violent texts leaves young Muslims vulnerable to such teachings at a later stage in their lives. …

Moderate Islam must be honest enough to admit that Islam has been used in a violent manner at several stages in history to seek domination over others. Insisting that all acts in Islamic history and all current Shariah teachings are peaceful is a form of deception that makes things worse by failing to acknowledge the existence of the problem.

And Akbar Ahmed, chair of Islamic Studies at American University:

Clearly, the use of the term moderate here is meant as a compliment. But the application of the term creates more problems than it solves. The term is heavy with value judgment, smacking of “good guy” versus “bad guy” categories. And it implies that while a minority of Muslims are moderate, the rest are not. …

[He proposes other categories.] The modernist is proud of Islam and yet able to live comfortably in, and contribute to, Western society. … The literalists believe that Muslim behavior must approximate that of the Prophet in seventh-century Arabia. Their belief that Islam is under attack forces many of them to adopt a defensive posture. And while not all literalists advocate violence, many do. Movements like the Muslim Brotherhood, Hamas, and the Taliban belong to this category.

I must say I have mixed feelings about the first paragraph I quoted from Professor Ahmed, immediately above.Â  (I am, however, confident he and I could discuss it without anybody’s throat getting cut.)Â  I’m OK with the fact that the term moderate “is heavy with value judgment, smacking of ‘good guy’ versus ‘bad guy’ categories.”Â  There are good guys and bad guys, and differentiating between them is an essential first step toward achieving peaceful coexistence between Islam and the West.

I accept the professor’s point, however, that the term can imply that moderate Muslims are a minority — which they most certainly are not (or else we’re all hosed).Â  But here the laws of large numbers come into play.Â  There are more than a billion Muslims on the planet.Â  Let’s say Ahmed’s “literalists” are confined to .01% (one hundredth of one percent) of all Muslims.Â  That implies more than 100,000 dangerous jihadis around the world.

Which brings us to Feisel Abdul Rauf, the man behind the “Ground Zero mosque.” (Yes, I know it’s not just a mosque, and I know it’s not “at” Ground Zero.Â  It’s at a site chosen for its proximity to Ground Zero.)Â  The Journal found a couple of letters to the editor from Rauf in the New York Times from the late 1970s, in which:

Imam Rauf seems to be saying that Muslims should understand Sadat’s olive branch … as a short-term respite leading to ultimate conquest.Â  To drive that point home, he added in the same letter that “In a true peace it is impossible that a purely Jewish state of Palestine can endure. . . . In a true peace, Israel will, in our lifetimes, become one more Arab country, with a Jewish minority.”

Two years later, the imam weighed in on the Iranian revolution. In a February 27, 1979 letter, in which he scores Americans for failing to apologize to Iran for past misdeeds, he wrote, “The revolution in Iran was inspired by the very principles of individual rights and freedom that Americans ardently believe in.”

At the time, Iran’s revolution hadn’t revealed all of its violent, messianic character. Thirty years later it has, yet Mr. Rauf’s views seem little changed. Following Iran’s sham presidential election last year and the crackdown that followed, the imam urged President Obama to “say his administration respects many of the guiding principles of the 1979 revolution.”

Now, I don’t know about you, but I certainly said lots of stupid things in the late 1970s. (I was in college.)Â  But the Journal offered the imam a golden opportunity to clarify his views and paint himself as a moderate:

We asked Imam Rauf if his views had changed since the 1970s. His complete response: “It is amusing that journalists are combing through letters-to-the-editor that I wrote more than 30 years ago, when I was a young man, for clues to my evolution. As I re-read those letters now, I see that they express the same concernsâ€”a desire for peaceful solutions in Israel, and for a humane understanding of Iranâ€”that I have maintained, and worked hard on, in the years since those letters were published.”

Contrast this dismissive brushoff with the thoughtful, conciliatory comments of Messrs. Ibrahim, Husain, Hamid and Ahmed above.Â  For a man who claims to want to build bridges between the faiths, Imam Rauf sure does seem contemptuous of the misgivings shared by 70 percent of Americans.Â  He also sounds like an apologist for Iran, the world’s foremost state instigator of terrorism.