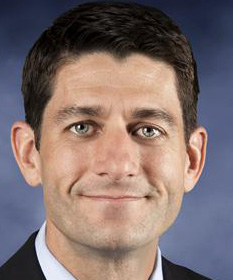 In 2008, I hadn’t paid much attention to the speculation about whom the candidates would name as their running mates.Â  Obama picked Joe Biden, and I was like, yeah, OK.

Then McCain swung for the fences with Sarah Palin, leading to a post that has lived ever since in my “Favorites” column: “Five Stages of Adjusting to Palin.”Â  The stages: “Confusion; Rationalization; Annoyance; Gloom; Reconsidering My Vote.”Â  An excerpt from Stage Two:

OK, so itâ€™s not a great pick, but maybe it will help McCain get elected by shoring up his relationship with social conservatives, and attracting disaffected Hillary voters who already are considering McCain.

This stage lasted the rest of the day Friday, while I hunted for reasons to reassure myself that sheâ€™s not a terrible choice.

That was then.Â  This morning, up early with a touch of insomnia, I flipped on the little TV in the kitchen while the coffee brewed and listened to one of CNN’s talking heads say something along the lines of: “We have breaking news — Mitt Romney will announce his vice presidential running mate later today.”

Ryan first landed on my blogging radar screen in early 2010 as a forceful and articulate fiscal conservative, when he pushed back hard against what was not yet known as Obamacare. In 2011, I praised his “Path to Prosperity” budget proposal, in which he bluntly declared, “both parties have squandered the public’s trust.”Â  At 42, Ryan is two years younger than Sarah Palin was in 2008, but he has a gravitas that she will never attain.

I continue to believe we have a ridiculous system for choosing a vice president.Â  I’m just happy that this time, my favored candidate made a good choice.