At church today I had the privilege of reading excerpts, from the lectern, of one of the greatest speeches in American history.

I was worried that I wouldn’t make it all the way through without crying.Â  I have a Boehner-like tendency to dissolve in tears on solemn occasions — not just at funerals, but also at weddings and ordinations, and whenever some spoken sentiment profoundly moves me.

This is the weekend of Martin Luther King Day, and it was only 15 minutes or so before the opening hymn this morning that I learned I would be reading from Dr. King’s speech. I was intent on doing justice to the text, so I ignored the early part of the service as I sat in the pew, listening to the famous cadences march through my mind. Here is the passage that choked me up repeatedly; it’s at about the 6-minute mark in the video:

I say to you today, my friends, even though we face the difficulties of today and tomorrow, I still have a dream. It is a dream deeply rooted in the American dream.

I have a dream that one day this nation will rise up and live out the true meaning of its creed: “We hold these truths to be self-evident: that all men are created equal.”

A dream deeply rooted in the American dream.Â  Dr. King had grievances with some Americans, but a deep love for America.Â  Yes, I know about the dalliance with socialism, and about the anti-war activism that sometimes lapsed into anti-American rhetoric.Â  But Dr. King deserves to be judged on the totality of his life, and for paving a path for others to follow.

Nearly half a century later, another skilled black orator would proclaim America’s greatness even while urging Americans to do better. In eulogizing a murdered nine-year-old girl last week, President Obama said:

We may not be able to stop all evil in the world, but I know that how we treat one another is entirely up to us. I believe that for all our imperfections, we are full of decency and goodness, and that the forces that divide us are not as strong as those that unite us. That’s what I believe, in part because that’s what a child like Christina Taylor Green believed. Imagine: here was a young girl who was just becoming aware of our democracy; just beginning to understand the obligations of citizenship; just starting to glimpse the fact that someday she too might play a part in shaping her nation’s future. She had been elected to her student council; she saw public service as something exciting, something hopeful. She was off to meet her congresswoman, someone she was sure was good and important and might be a role model. She saw all this through the eyes of a child, undimmed by the cynicism or vitriol that we adults all too often just take for granted.

I want us to live up to her expectations. I want our democracy to be as good as she imagined it. All of us – we should do everything we can to make sure this country lives up to our children’s expectations.

When Dr. King gave his famous speech, Obama was just two years old — too young to share Christina’s interest in politics.Â  But Obama came of age in a society profoundly shaped by Dr. King’s legacy — so profoundly that a daughter of a slave lived long enough to vote for the first black president. 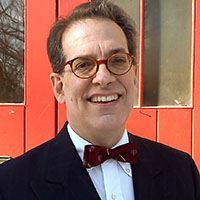 I made it through my reading of Dr. King’s speech this morning, then returned to my pew to listen to a moving sermon by parishioner Ulysses Grant Dietz, the great-great-grandson of the general who won the war that freed the slaves.

Ulysses talked about “the bubble of integration and acceptance of diversity” that we enjoy in Maplewood, NJ.

The road to civil rights paved by MLK Jr. is not complete. The legal instruments of justice and equal civil rights for all Americans are largely in placeâ€”with some glaring exceptions. Living into those legal facts, however, is still, as we all know too well, a work in progress.Â  But we are on that road, and together we are moving forward.

America is not perfect, but it is exceptional.Â  Dr. King helped make it a better place through his leadership, his eloquence and his sacrifice.Â  Happy Martin Luther King Day.