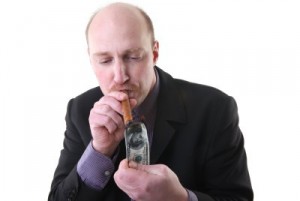 I’m not a “no-new-taxes” absolutist. I don’t share the “draw-the-line-HERE” militancy of the Taxed Enough Already Party, but I respect it, and I hope the Tea Party serves to tug the nation toward smaller government.Â  But we are in a deep enough hole — a hole dug with great enthusiasm over the years by both Democrats and Republicans — that any effective course correction will have to include both tax revenue and spending cuts.

This is a matter of pragmatism more than principle.Â  If we could start with a blank page and design a tax system, it no doubt would be very different from what we have.Â  (My vision might vary radically from yours, but nobody can say with a straight face that the current tax code is optimal.) In a democracy that thrives on the clash of ideas, progress may be possible only at the margins — so that’s where we should direct our efforts.

Ideas can gain power over time; Social Security was called “the third rail of American politics” in the early 1980s, but today there is widespread (though not unanimous) agreement that at the very least, something must be done to slow growth the growth of entitlements.

The GOP has long been caricatured as the party of the rich.Â  That image is unfair, but Republicans ignore its existence at their peril.

Comes today the news that Republicans in the Senate blocked a proposal that would have “extended the payroll tax cut set to expire at the end of the year.”Â  If no extension is passed, payroll taxes will increase sharply less than a month from now.Â  A family with a $50,000 income in 2012 would have to pay $1,500 more than the same family with the same income in 2o11.Â  To pay for the tax cut extension, the Democrats’ bill would enact a 3.25% additional tax on incomes over $1 million.

In other words, according to a helpful chart at TaxPolicyCenter.org, the top marginal rate would increase from the current 35% to 38.25% — and that higher rate would be applied only to the portion of a taxpayer’s income that exceeds $1 million.

That helpful chart also shows that through most of the 20th Century, top tax rates were much higher.Â  From 1932 through 1981, the top rate ranged from a “low” of 63% to a high of 94%.Â  And throughout all or most of that time, I’ll bet the top rate kicked in at levels much lower than $1 million.

President Barack Obama quickly blamed Republicans, saying in a statement that they “chose to raise taxes on nearly 160 million hardworking Americans because they refused to ask a few hundred thousand millionaires and billionaires to pay their fair share.”

In other words, this stalemate enables the Democrats to say that the GOP is using tax increases on the middle class to pay for tax cuts for the rich.Â  The Republicans can only counter with eye-glazing explanations about the role of investment and capital formation in providing companies of all sizes with both the ability and the motivation to hire new workers and expand their businesses.

The GOP’s position on the importance of capital formation may be true, but as an argument it’s both a snoozer and a loser.Â  If the Republicans don’t compromise on taxes for the highest earners, they’re going to blow the chance to put a Republican in the White House.