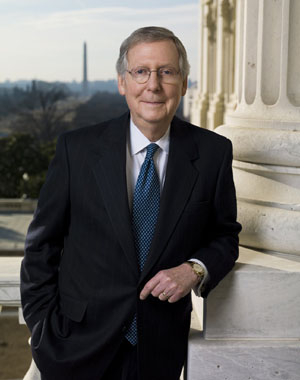 I usually have little patience for people on either the right or the left who claim that only the other side plays politics, or only the other side has this attribute or that one.Â  (Earth to fellow conservatives:Â  Ann Coulter is every bit as much of a self-caricature as Michael Moore or Senator Unfunny Franken.Â  Maybe more so.)

But sometimes it seems like only the Democrats know how to win an argument by framing the issue strategically.Â  For example, there is no controversy about the established historical fact that Saddam Hussein actually used weapons of mass destruction (chemical weapons) not just against the Iranians in the Iran-Iraq War, but also against his own Kurdish citizens in Halabja.Â  I can’t help thinking that the Bush Administration would have enjoyed more support for the Iraq War if Bush and every senior Republican had insisted, in every interview and public statement from 2003 through 2006, that the only proper way to frame the debate was to consider whether Saddam still had WMD.

But I digress.Â  (Even before I get started!)

Senate Minority Leader Mitch McConnell — who has always struck me as a fairly reasonable guy, at least by the standards of partisan Congressional leaders — today calls out the other side for dishonest framing of the healthcare debate, in a USA Today op-ed (emphasis added):

Listening to [Congressional Democratic leaders], you would think Republicans haven’t been part of the health care debate at all. I understand the tactic. It’s an old political trick to accuse one’s opponents of being against something very worthwhile when what they’re really against are the specifics that you’re proposing.

In this debate, though, proponents of the administration’s health care plan have turned this old strategy into something of an Olympic sport.

The simple fact is, every Republican in Congress supports reform.

Health care costs are too high, and too many Americans lack health insurance. I have said so in just about every one of those 50 speeches and in dozens of interviews. And every other Senate Republican is on record favoring common-sense reforms for a system that needs them â€” ideas such as medical liability reform and equalizing the tax treatment for businesses and individuals who buy insurance.

Republicans are also on record about what we don’t favor, and that’s a 1,500-page bill that includes a lot of things Americans didn’t ask for and very little of what they did.

An intellectual case can be made that conserve-atives should proudly embrace the Democrats’ derisive description of the GOP as “the party of no.”Â  (Bill Buckley standing athwart history yelling Stop, and all that.)Â  But “no” is intrinsically… well… negative.Â  I fear the Republicans may have lost the healthcare battle simply by letting the issue be framed, improperly, as healthcare “reform.” 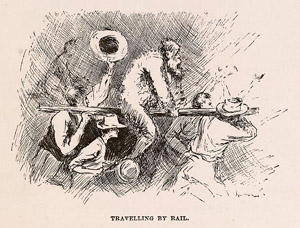 Rather than let themselves be tarred as the enemies of reform, the Republicans should propose a different enemy, and McConnell hints at it above when he uses the term “medical liability reform.”Â  The more precise term is “tort reform,” and the “enemy” is John Edwards and every other legal charlatan who has ever struck it rich by repeatedly rolling the dice in hopes of getting a third of an unjust award from an inflamed jury.

Oh, and the reference above to “tarred”?Â  That comes from the Early American practice of tarring and feathering.Â  No, dammit, it’s not racial code — and opposing the President’s proposal is not racism just because the President is black.