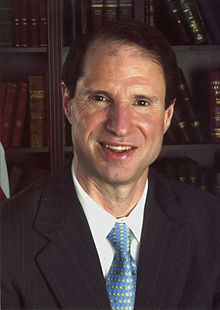 At the risk of damaging my policy-wonk cred, Ron Wyden is the longest-serving U.S. senator I had never heard of until this month.Â  The Oregon Democrat has managed to spend 15 years in the Senate — and fifteen more in the House before that — without ever making it onto my radar screen.

He may be on the brink of becoming better-known.Â  Earlier this month, while the nation was focused on holiday preparations and what even the Wall Street Journal aptly called “The GOP’s Payroll Tax Fiasco,” Wyden reached across the aisle to team with House Budget Committee Chairman Paul Ryan of Wisconsin in proposing Medicare reform with a strong competition component.

In some respects, it represents an improvement over the design of previous versions of premium support. Whereas the original Ryan plan offered seniors a subsidy based on a predetermined formula, the Wyden-Ryan plan relies on competitive bidding for setting the governmentâ€™s contribution rate. Competitive bidding has the potential to cut costs even more than a predetermined index, because an index tends to lock in todayâ€™s wasteful spending. Of course, Wyden-Ryan also very usefully shook up the political debate over premium support, making it much more difficult for Democrats to demonize the concept.

As you might guess from that last sentence, Wyden is being savagely attacked from the left, with the ever-gracious Paul Krugman labeling him a “useful idiot.”Â  Conversely, some conservatives are complaining that Ryan has compromised too early.Â  But Forbes columnist Avik Roy notes that a broad array of people are interested in the concept:

While there are plenty on both sides who have found fault with Wyden-Ryan, whatâ€™s telling is the range of people who support it. Several credentialed progressives have praised the plan. â€œOverall, it doesnâ€™t sound too bad,â€ wrote Kevin Drum of Mother Jones. My Forbes colleague Howard Gleckman calls the plan â€œremarkableâ€¦ amazingly, what they came up with might just workâ€¦ it has the potential to become the framework for a new way to think about Medicare.â€ And Gleckman was no fan of Paul Ryanâ€™s original plan, which he described as â€œunworkable.â€

The plan has drawn mixed reviews from conservatives, as I noted above. But whatâ€™s really interesting is that the plan dovetails very closely with what Mitt Romney has proposed. Even his arch-rival, Newt Gingrich, who called Ryanâ€™s original plan â€œright-wing social engineering,â€ has lavished praise upon Wyden-Ryan.

I’m certainly no expert on healthcare economics, an immensely complicated subject.Â  But I strongly believe that a system relying on corporate competition has a better chance of constraining costs than a system that gathers more power into the hands of unaccountable government bureaucrats.

The current system clearly is unsustainable, and any realistic reform will have to have at least some bipartisan support.Â  The Democrats rammed through Obamacare without a single Republican vote in either house of Congress. They paid a price for their arrogance in 2010, and they’re at risk of losing the White House in 2012.Â  The Wyden-Ryan approach may offer a realistic alternative that can attract support from across the political spectrum.