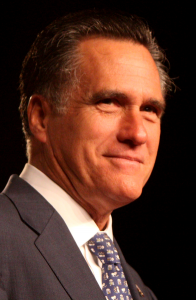 Much as it pains me to link to the outfit that threw the odious Keith Olbermann a lifeline when even MSNBC could no longer stomach him, Current.com has a useful roundup entitled “List of Republicans calling on Mitt to release returns keeps growing and growing.”

Author Jonathan Kuperberg starts with a lead nearly as snarky as mine on this post, then plays it straight while quoting Rick Perry, Bill Kristol, Haley Barbour, Bret Hume, Richard Lugar, Michael Steele and a dozen more conservatives (or Republicans) calling on Romney to release more tax returns. Â George Will describes the perception Romney is creating:

“The cost of not releasing the returns are clear,” Will said. “Therefore, he must have calculated that there are higher costs in releasing them.”

I suspect that when he inevitably releases them, the returns will establish that Romney is really, really, really rich. Â Master of the Universe rich. Â Maybe “Forbes 400” rich, although Forbes doesn’t currently think so. Â In an op-ed titled “Why Capitalism Has an Image Problem,”Â Charles Murray of the American Enterprise Institute describes why Romney should not run from the fact of his wealth:

Capitalism has lifted the world out of poverty because it gives people a chance to get rich by creating value and reaping the rewards. Who better to be president of the greatest of all capitalist nations than a man who got rich by being a brilliant capitalist?

I suspect it also will turn out that Romney has aggressively made use of tax-minimization strategies that are not practical for people of lesser means. Â Assuming everything he did was legal, I say good for him. Â If Obama supporters want to claim that it is somehow immoral to take advantage of loopholes in the law for financial benefit, they should take a one-question quiz: Who is the first major presidential candidate ever to opt out of the system of public funding of campaigns, even while supporting that system on “principle”? Hint: he’s running again this year, and his name is not Romney.

Granted, any rich man traipsing through a defense of capitalism will encounter pitfalls, and Romney no doubt would blunder into some of them. Â But this election is shaping up as the clearest choice in memory between the champions of free enterprise and the champions of bigger government, and Romney should make no apology for playing hard for the team to which he belongs.