Several weeks ago, I wrote about having been taken in by an IQ test scam on Facebook. Â  Lots of other people have also written about that and other scams.Â  Somehow I naively thought that once Facebook realized it was enabling deception on its service, it would get rid of the scams.Â  But if anything, the scams have become more plentiful — and more disgraceful.

The image above is a screen shot, captured today, with my annotations in red. It’s an ad — but if Facebook permits advertisers to use Facebook blue and otherwise mimic Facebook’s look and feel, it thereby lends Facebook’s credibility to the ad.Â  So when the text falsely says “3 of your friends have challenged you to beat their IQ scores,” Facebook is lying to me. 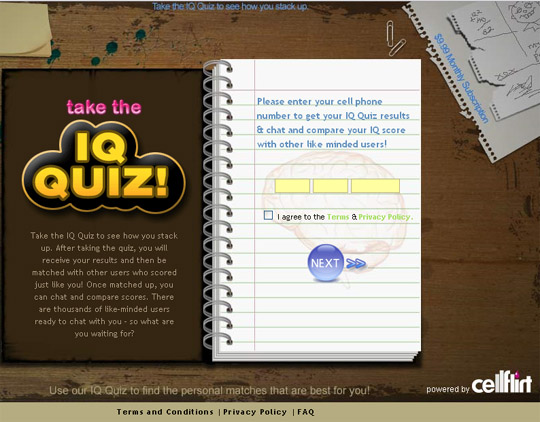 If I enter my cell phone number — as I was foolish enough to do before — I expect it will then give me a code and ask me to send it as a text on my cell phone.Â  Doing so will constitute a confirmation that I agree to their terms of service. 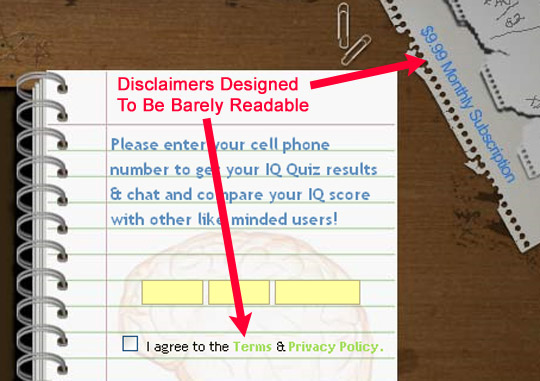 The barely readable diagonal blue text at right says “$9.99 Monthly Subscription.” The barely readable “Terms” link leads to a page with more than 9,000 words of dense legalese.Â  Somewhere therein it says that using the “service” constitutes agreeing with the terms.Â  Way at the bottom,Â  it states that the terms are $9.99 a month.

Each of these ads-that-look-like-Facebook-applications leads either to an IQ scam or some other “service” that will be billed to your cell phone.Â  For example, one of them led to this landing page, which is a model of transparency and rectitude by comparison: 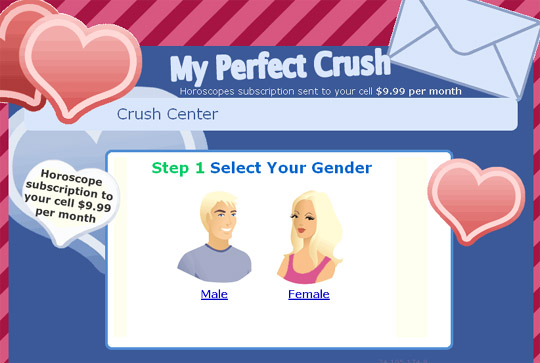 The eye is naturally drawn to the simple images in the center, but at least the text on the periphery (both at top and left) discloses the $9.99 monthly charge.Â  Try to navigate away from the page, however, and you’ll get this popup message: 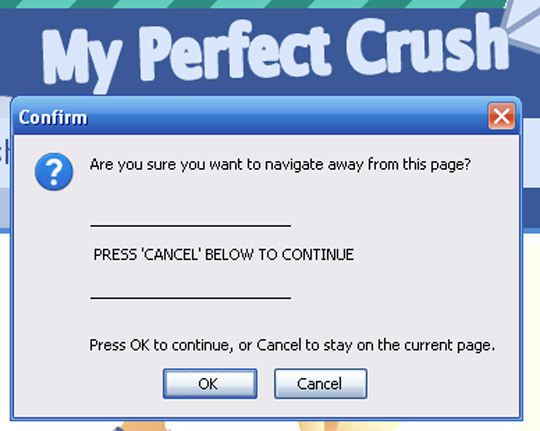 It’s a standard Windows popup message, the text at top and bottom is generated by Windows.Â  The only customization is the text in the middle — which tries to keep you on the site by telling you that “Cancel” means the opposite of what it says on the line below.

Once you’ve “agreed” to the terms for one of these scams, you can get out of the charges by spending half an hour or so in voicemail hell with your phone company.Â  But how many teens and tweens have incurred the charges without realizing it, or without having the courage to tell Mom or Dad that there may be a problem on the cell phone account? The fact that there are competing scams says to me that it’s a business model that works for the scammers.

Facebook didn’t actually create these scummy scams.Â  It just knowingly profits by driving its 200 million members to them.Â  That is to say, it profits in the short run.Â  In the long run, it’s hard to believe that it is truly in Facebook’s best interest to participate in victimizing its members.