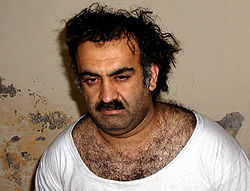 Was it worth it?

The Washington Post offers the best argument I’ve seen for a bipartisan commission into the use of torture, or “torture” if you prefer, by Americans during the Bush Administration.Â  The editorial ends with this (emphasis added):

But a presidential commission could produce the fullest, least-heated account possible.

Once it did so, prosecutions would not be the only option. Based on what we know today, we do not believe they would be the best option. For reasons laid out at the beginning of this editorial, we would be extremely reluctant to go after lawyers and officials acting in what they believed to be the nation’s best interest at a time of grave danger. If laws were broken, Congress or the president can opt for amnesty. In gray areas, the government can exercise prosecutorial discretion. But the work of the commission should not be prejudged. And the prudence of not prosecuting, if that proves the wisest course, would earn more respect, here and abroad, if it followed a process of thorough review and calm deliberation.

And here are some of the “reasons laid out at the beginning of this editorial:

On one side, you have the sacred American tradition of peacefully transferring power from one party to another every four or eight years without cycles of revenge and criminal investigation. It’s one thing to investigate Richard Nixon for authorizing wiretaps and burglaries in secrecy, outside the normal channels of government, for personal political gain. It’s another to criminalize decisions authorized through all the proper channels, with congressional approval or at least awareness, for what everyone agrees to be the high purpose of keeping Americans safe from terrorist attack. Once you start down that road, where do you stop? Should Bill Clinton, Sandy Berger and their team have been held criminally or civilly liable for dereliction of duty 3,000 people died in the Sept. 11, 2001, attacks, given that they knowingly allowed Osama bin Laden to flee Sudan for sanctuary in Afghanistan? What if the next administration believes that Barack Obama is committing war crimes every time he allows the Air Force to fling missiles into Pakistan, killing innocent civilians in a country with which we are not at war?

In an Oval Office press availability after meeting with the king of Jordan last week, Obama said:

… this has been a difficult chapter in our history, and one of the tougher decisions that I’ve had to make as President. On the one hand, we have very real enemies out there. And we rely on some very courageous people, not just in our military but also in the Central Intelligence Agency, to help protect the American people. And they have to make some very difficult decisions because, as I mentioned yesterday, they are confronted with an enemy that doesn’t have scruples, that isn’t constrained by constitutions, aren’t constrained by legal niceties.

Having said that, the OLC memos that were released reflected, in my view, us losing our moral bearings.

Hawk though I am, Obama’s statements here work for me.Â  I voted for Bush in 2004, and would do so again today if he were running against Kerry.Â  Because of widespread Bush Derangement Syndrome in the media and the Democratic Party, my instinct is to defend Bush against almost any attack, at least in his role as commander-in-chief.

But regarding the torture issue, all I can say is I hope they saved a lot of American lives with whatever information they waterboarded out of Khalid Sheikh Mohammed and whoever else, because the ramifications are going to continue for years. I’ve thought for some time that the best spin I can put on it is to say that “America” — I’ll not blame Bush alone, although it happened on his watch — abandoned the moral high ground on the issue of torture.Â  We should reclaim the moral high ground, and a fact-finding commission may be the best way to start.

Update: From this morning’s WaPo, a news article with a fairly balanced cost-benefit analysis of the torture/harsh interrogation program.Â  This part rings true to me:

The Obama administration’s top intelligence officer, Dennis C. Blair, has said the information obtained through the interrogation program was of “high value.” But he also concluded that those gains weren’t worth the cost.

“There is no way of knowing whether the same information could have been obtained through other means,” Blair said in a statement. “The bottom line is these techniques have hurt our image around the world, the damage they have done to our interests far outweighed whatever benefit they gave us and they are not essential to our national security.”