Years of sitting in a drawer have taken their toll on the medal, but I’m still proud to have it

Boy Scout Troop 166 met on Tuesday evenings at Monroe Junior High School in Albuquerque, New Mexico, and played a formative role in my childhood.Â  It was a very active troop, with monthly campouts and week-long, 50-mile hikes in the summers.Â  I was in the Raccoon Patrol, and I hiked to the bottom of the Grand Canyon and back out with the Scouts, twice.Â  I learned how to cook over a fire, how to tie knots, how to provide CPR, how to read a map and use a compass.Â  I learned about teamwork, and responsibility, and citizenship, and service.Â  I would not be the man I am today without Scouting, and I will treasure the experience as long as I live.

The man I am today also passionately believes that gay people should not be discriminated against in any way, and I’ve blogged about this many times.Â  I’ve written that same-sex marriage is a fundamental human rights issue, and the only acceptable outcome is full marriage equality.

I’m happy and relieved that the Boy Scouts voted today to allow openly gay boys to participate.Â  My joy is tempered by the fact that openly gay adults still are banned from Scout leadership.Â  It will take a few years — maybe even quite a few — but one day that barrier also will fall.Â  Today’s vote is the equivalent of Don’t Ask, Don’t Tell in the military — not good enough, but a step in the right direction, and the best that could be accomplished at the time.

The Boy Scout Oath ends with a promise “to keep myself physically strong, mentally awake and morally straight.” I have no patience with the people who brandish “morally straight” as a reason to exclude gays — but there is some logic, of course, behind the ban on gay adults.Â  Very few adult men of any orientation would ever prey on underage children — but the number is not zero, and predators gravitate toward situations where potential victims are plentiful.Â  That’s why the Girl Scouts don’t send men to their campouts, and I have no quarrel with that.

The boys could learn something from the girls.Â  I was chatting the other day with a woman who is active in the New York City leadership of the Girl Scouts.Â  She told me that they have no prohibition against lesbian Scout leaders — just a common-sense understanding that any such leader should be paired with another adult woman during events or activities.Â  Surely any openly gay Scout leader of either gender would want such a chaperone for their own protection against false accusations.

In the category of simple answers to complicated questions, I offer the following:

Is this Obama’s Watergate? 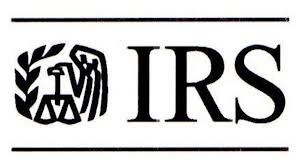 Watergate started with an unambiguous crime — the break-in — and the president of the United States participated for many months in a criminal conspiracy to obstruct justice in the cover-up.Â  Nearly 40 people went to prison because of Watergate.

The current IRS scandal started with behavior that was utterly inappropriate — using the awesome power of the IRS to subject Obama opponents to extraordinary levels of harassment.Â  But it’s not at all clear that any crime has been committed, and despite the overheated calls for jail time from Governor Bobby Jindahl and Speaker John Boehner, it’s likely that nobody will go to jail for the IRS misdeeds.

I admire Peggy Noonan, but she mars her otherwise excellent appraisal of the matter when she starts by saying “We are in the midst of the worst Washington scandal since Watergate.”Â  There are other candidates for the title of Worst Since Watergate, but for discussion purposes let’s stipulate that her statement is narrowly correct.Â  It’s still misleading.Â  It’s like saying the economic crisis that began in 2008 was “the worst downturn since the Great Depression.”Â  Even if that’s true — and again, other nominees are available — it’s inappropriate to make comparisons with the Depression, when unemployment reached 25%.

Is the IRS scandal, along with Benghazi revelations and the subpoenas of journalist phone records, going to damage the effectiveness of the administration in Obama’s second term?

It’s four short months since Inauguration Day, and the second-term jinx has struck President Obama unusually early.Â  Iran-contra erupted two years into Ronald Reagan’s second term. Â Â  The Lewinsky scandal was first disclosed a full year into Clinton’s second term.Â  The Iraq War started before George W. Bush’s 2004 re-election, but at this point in his second term a majority of Americans still supported the war, and consistent majority opposition did not take hold until 2006.

This isn’t Watergate, but it’s not chopped liver.Â  The IRS story has legs.Â  Congressional hearings will continue for months.Â  We’ll hear more and more stories like that of Catherine Englebrecht, a small business owner turned Tea Party activist in Texas, who was harassed by not just the IRS but also by the FBI, BATF and OSHA after she formed a Tea Party-related non-profit.Â  Agree or disagree with her politics, but the story is appalling — and Democrats are going to realize that someday, another Republican administration will be in power.Â  Liberal icon Jon Stewart last week lashed out at President Obama as savagely as I’ve ever seen, mocking the president’s transparent posturing at a news conference and ridiculing his repeated claims over the years that he only learned about various controversies via the news media.

Who’s the biggest winner in the IRS scandal?

What better demonstration could there be about the dangers of excessive government power than a scandal in which the Tea Party, which advocates smaller government, is targeted improperly by some of the government’s most powerful agencies?