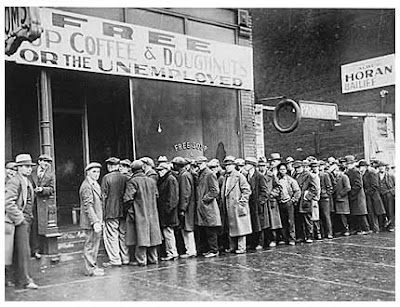 My nomination for understated headline of the year goes to today’s Washington Post: “If Spending Is Swift, Oversight May Suffer.”

The $827 billion stimulus legislation under debate in Congress includes provisions aimed at ensuring oversight of the massive infusion of contracts, state grants and other measures. At the urging of the administration, those provisions call for transparency, bid competition, and new auditing resources and oversight boards.

But under the terms of the stimulus proposals, a depleted contracting workforce would be asked to spend more money more rapidly than ever before, while also improving competition and oversight. …

“We don’t have the means to make sure we don’t blow through billions of dollars and give it to the wrong people,” said Keith Ashdown, chief investigator at the nonpartisan Taxpayers for Common Sense. “We’re on track to lose billions, if not tens of billions, to waste, fraud and abuse.”

OK, you might say, but maybe that’s the risk we have to take, if we really are faced with a “catastrophe,” as the President has said. If this crisis is “as deep and dire as any since the days of the Great Depression,” as Obama wrote in an op-ed last week, maybe throwing money at it now now now now now is the least-bad option we have.

Let’s all take a breath. In the words of the headline over Cato Institute Senior Fellow Alan Reynolds column in today’s New York Post: “It’s a Recession, not a Catastrophe.” As he documents in the table above, by many measures the recessions of 1981-82 and 1973-75 were considerably worse than what we are in now.

An average of 55 forecasters in the Jan. 15 Wall Street Journal survey expect real GDP to fall by another percentage point (a 2.1 percent drop in total) before recovering in the third quarter. If they’re right, this would be just the third deepest postwar recession by that broad measure.

Measured by unemployment, on the other hand, this might well be the second deepest recession. The current unemployment rate of 7.6 percent is quite unlikely to reach the postwar record of 10.8 percent. But the Journal forecasters expect the jobless rate to top out at 8.9 percent after the recession is technically over – making this very close to becoming the second worst recession in terms of job loss.

In other words, there’s really no excuse for Obama or anybody else using the term “Great Depression” in any discussion of the current economic situation. Unemployment in the Great Depression topped out at 25% in 1933 — making it a completely different category of event. We’re looking at unemployment that might get to be as bad as the early 70s. Meanwhile, the inflation of that era is a distant memory and mortgage rates are dramatically lower. 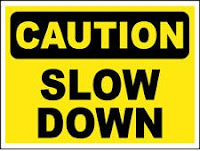 I favored the autumn bank rescue as a necessary evil — the credit markets really were frozen, the economy really was in danger of freezing up, time really was of the essence. I don’t see anything like the same urgency here. Remember also that in the bank rescue, the government wasn’t spending hundreds of billions of dollars, it was investing. Risky investing, to be sure, but there’s at least a theoretical chance that the taxpayers come out whole. But money spent wastefully is gone for good.

It’s time to put on the brakes. Pare the stimulus bill way back, limiting the spending to projects that really will provide a short-term stimulus, and don’t use the crisis to sneak through a decade’s worth of pork. And President Obama, if you really want to demonstrate leadership this evening in your first prime-time news conference, take a cue from Alan Reynolds:

The president needs to be a calming voice right now, a source of strength. It’s not helpful for him to be warning of a “catastrophe” and making vague, untenable allusions to the Great Depression. … [R]ecovery will require more perspective and patience than we’ve been seeing from the White House lately, because time really does heal many economic wounds.

9 thoughts on “Slow Down on the Stimulus, and Stop Saying “Depression””