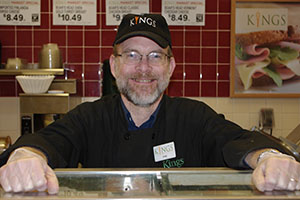 Maplewood peeps: Look for me no more behind the deli counter at Kings. After 12 months of a second stint of slicing meat and washing dishes, I’ve replaced my income there with a part-time job that involves a desk.

Princeton peeps: When they told us “there’s no limit to what you can do with a Princeton degree,” did you realize they meant no limit in either direction? 🙂 Kidding aside, in this economy I’ve been thankful for the income, and for the expansion of my paradigm of service.

Episcopeeps: I’m delighted to announce that I am again becoming a professional Episcopalian.Â  In January I start work as part-time Director of Communications at Christ Church Ridgewood, serving a community of faith through newsletters, bulletins, social media and more. 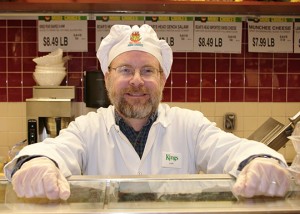 December 2009: An earlier stint at Kings (with a cooler hat) led to a longer post

Communications peeps: As I mentioned, my new job is a part-time gig, so I remain very interested in freelance writing and editing opportunities.Â  Let me know if I can help your organization meet your communications needs.

As we prepare to ring in the New Year, I’m grateful for the precious gift of Today and excited by the prospect of Tomorrow. I’m grateful to Fr. Greg Lisby, and look forward to serving God and the people of Christ Church. Always and forever, I’m grateful for my beautiful wife Nina Nicholson, the Web Goddess, who never ceases to love and inspire me.

To all my peeps, and all who read these words: May the spirit of Christmas continue in your life as Epiphany approaches, and may you find joy and prosperity in the New Year.

(Photos by the Web Goddess, of course) 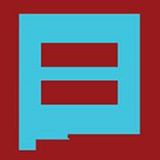 I’m thrilled that my home state of New Mexico is the latest to recognize the right of marriage equality for same-sex couples.Â  Â¡Arriba!

(The snippet above started as a simple Facebook post, but FB insisted on running the graphic full size and then cropped out the New Mexification of the logo.Â  Posting on my blog and linking to the post from FB is a kludgy way of displaying the graphic as a thumbnailÂ  in Facebook.Â  If you’re here from Facebook and were expecting a more substantive post, there are 25 previous posts to choose from, ranging in tone from defensive to angry to jubilant.)

Why can Americans not come together to celebrate the life of a great man without using his death as a domestic cudgel? 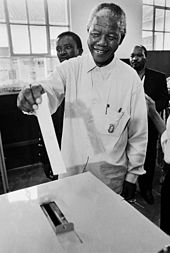 If you Google “conservatives and Mandela” and look no further than the headlines, you’ll get the impression that the forces of the Right are secretly celebrating the great man’s death, rather than his life.Â  Some samples:

The last headline echoes a recurring theme: Newt Gingrich, who is in the news for stalwartly supporting Mandela both now and during Apartheid, is portrayed as a lone voice in the GOP fever swamps.Â  So who are these “hard-line conservatives” talking trash about Mandela?

Well… um… they’re Facebook commenters. If you look for a conservative or Republican of substance* who has criticized Mandela since his death, you’ll find them far more scarce than the headlines that imply they are everywhere.

Here’s the closest I can find: The Salon article cited above reports that

Ha! O’Reilly, that lying liar, called Nelson Mandela a communist! OK, he was also “a great man” who did “stunning” things for his people, but he was a commie! 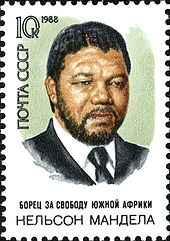 I’m not a big fan of Bill O’Reilly, but in this case he’s right on both counts.Â  Mandela may or may not formally have been a member of the South African Communist Party, but his African National Congress (ANC) was closely allied with the Communists throughout the Apartheid era — and to this day, in fact. Fortunately, Communism no longer has a lot of traction around the world.

The other label that gets thrown at Mandela is that he was a “terrorist” in the years before his imprisonment — and that also is accurate, or at least defensible. But despite the misnamed “Global War on Terrorism,” terrorism is not an enemy, it is a tactic. The Boston Tea Party was a famous, although not deadly, act of terrorism.

Gingrich — a historian and a far more thoughtful man than the Left would have you believe — pushed back strongly at the yahoos who vented their bile on his Facebook page.Â  His response is well worth reading in full; here are excerpts:

Mandela was faced with a vicious apartheid regime that eliminated all rights for blacks and gave them no hope for the future. This was a regime which used secret police, prisons and military force to crush all efforts at seeking freedom by blacks.

What would you have done faced with that crushing government?

What would you do here in America if you had that kind of oppression? …

As Americans we celebrate the farmers at Lexington and Concord who used force to oppose British tyranny. We praise George Washington for spending eight years in the field fighting the British Armyâ€™s dictatorial assault on our freedom. …

I would ask of [Mandela’s] critics: where were some of these conservatives as allies against tyranny? Where were the masses of conservatives opposing Apartheid? In a desperate struggle against an overpowering government, you accept the allies you have just as Washington was grateful for a French monarchy helping him defeat the British.

Look, there’s no question that in the 1980s and beyond, conservatives picked the wrong horse when they favored the Apartheid regime over Nelson Mandela.Â  But South Africa was not the only tyranny America embraced during the Cold War, when Communism was still a potent threat.Â  Conservatives (with notable exceptions such as Gingrich) opposed Mandela because he had embraced violence, and was seen as a threat to an African bulwark against Communism.

in 1980s, conservatives didn’t have the benefit of evaluating Mandela on his post-imprisonment life.Â  Whatever sins Mandela may have committed before prison were more than balanced by his consistent devotion to healing and reconciliation afterward.Â  This is a man who seated his warden in a place of honor at his inauguration, who declined to nationalize the economy, who stepped down after one term when he could easily have become a president-for-life.

Gingrich is not the only conservative to draw fire for praising Mandela. Ted Cruz also was savaged on Facebook after praising Mandela.Â  Now four American presidents — two Democrats and two Republicans — have honored Mandela at his memorial service in South Africa, a fitting symbol of Mandela’s commitment to reconciliation.

Still, the taunting from the Left continues. Paul Waldman, writing in The American Prospect:

Most conservatives were wrong about Nelson Mandela and apartheid, just as they were wrong on essentially every question touching on race in our own history. It would be great to hear one of the people who were around then say, “I was wrong,” and explore what they’ve learned from that. But that may be too much to ask.

Seek and ye shall find.Â  Deroy Murdock in National Review (emphasis in original):

Like many other anti-Communists and Cold Warriors, I feared that releasing Nelson Mandela from jail, especially amid the collapse of South Africaâ€™s apartheid government, would create a Cuba on the Cape of Good Hope at best and an African Cambodia at worst. …

The example of the Ayatollah Khomeini also was fresh in our minds. He went swiftly from exile in Paris to edicts in Tehran and quickly turned Iran into a vicious and bloodthirsty dictatorship at the vanguard of militant Islam.

Nelson Mandela was just another Fidel Castro or a Pol Pot, itching to slip from behind bars, savage his country, and surf atop the bones of his victims.

Far, far, far from any of that, Nelson Mandela turned out to be one of the 20th Centuryâ€™s great moral leaders, right up there with Mahatma Gandhi and Dr. Martin Luther King Jr. He also was a statesman of considerable weight. If not as significant on the global stage as FDR, Winston Churchill, and Ronald Reagan, he approaches Margaret Thatcher as a national leader with major international reach.

Requiescat in pace, Tata Mandela, and thank you.

* It could be argued, I suppose, that someone with the title of Associate Editor of the conservative site PJ Media is “a conservative of substance”. His memorial post was headlined: “Communist Icon Nelson Mandela Dead at 95“. But Dave Swindle is not exactly a household name.