In today’s Wall Street Journal, my old professor Fouad Ajami explains why the wars in Iraq and Afghanistan both were appropriate and necessary responses to 9/11.Â  An excerpt: 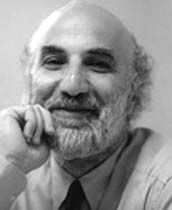 But it will not do to offer up 9/11 as a casus belli in Afghanistan while holding out the threat of legal retribution against the men and women in our intelligence services who carried out our wishes in that time of concern and peril. To begin with, a policy that falls back on 9/11 must proceed from a correct reading of the wellsprings of Islamist radicalism. The impulse that took America from Kabul to Baghdad had been on the mark. Those were not Afghans who had struck American soil on 9/11. They were Arabs. Their terrorism came out of the pathologies of Arab political life. Their financiers were Arabs, and so were those crowds in Cairo and Nablus and Amman that had winked at the terror and had seen those attacks as America getting its comeuppance on that terrible day. Kabul had not sufficed as a return address in that twilight war; it was important to take the war into the Arab world itself, and the despot in Baghdad had drawn the short straw. He had been brazen and defiant at a time of genuine American concern, and a lesson was made of him.

There was never any doubt that we would strike back at Afghanistan — precisely one member of Congress voted against the authorization for use of force.Â  President Gore or President Kerry would have toppled the Taliban.Â  There was really no choice.

President Bush, to his enduring credit, knew that we had to do more than just Afghanistan.Â  After years of mismanaging the Iraq war, Bush finally found a general and a strategy to turn the war around.

Now some of the same voices who urged surrender and rooted for defeat in Iraq are going wobbly on Afghanistan.Â  President Obama, who seized hold of the “good war” as a club to batter Bush’s “bad war,” has little choice other than to give the strategy that succeeded in Iraq a chance to succeed in Afghanistan.

One thought on “Ajami, on Taking the War into the Arab World”