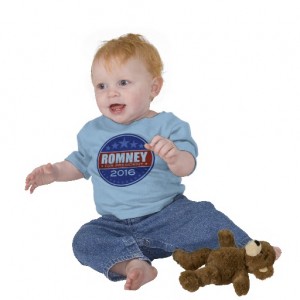 It’s amazing how quickly and how savagely a political party can turn on its standard-bearer.Â  I noted this phenomenon four years ago — before the election, but after the probable outcome was clear:

Losing the Presidential race has to be even worse than losing the World Series.

If you lose the World Series, you at least get to put up a banner proclaiming that you were the League Champion for the year. Your hometown throws you a consolation rally, and you start talking about the future (â€œhey, weâ€™re tied for 1st placeâ€ in the coming season). There may be regrets about missed opportunities that could have produced World Series rings, but your own fans probably will not vilify you.

McCain, however, can already hear the long knives being sharpened on his own side of the aisle. (Oops, wrong metaphor.) McCain knows the throw is going to beat him to the bag, but he has to be seen running it out just as hard as he can. This is the big leagues.

This time the guy who came in second is making things considerably worse for himself with some remarkably tone-deaf comments:

Republicans donâ€™t want Mitt Romney to go away mad but they do, it seems, want him to go away.

That sentiment was in full bloom following Romneyâ€™s first post-election comments â€” made on a phone call with donors earlier this week. On the call, Romney attributed his loss to the â€œgiftsâ€ President Obamaâ€™s campaign doled out to young people and minorities. For many, the comments had an eerie echo of the secretly taped â€œ47 percentâ€ remarks Romney made at a May fundraiser.

â€œThere is no Romney wing in the party that he needs to address,â€ said Ed Rogers, a longtime Republican strategist. â€œHe never developed an emotional foothold within the GOP so he can exit the stage anytime and no one will mourn.â€

Added Chris LaCivita, a senior party operative: â€œThe comment just reinforced a perception â€”Â  fairly or not â€“ that Romney, and by default, the GOP are the party of the â€˜exclusivesâ€™. Itâ€™s time for us to move on and focus on the future leaders within the GOP.â€

Remind me not to go into politics.