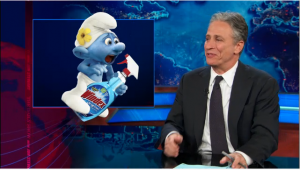 But now the funniest liberal in America, Jon Stewart of The Daily Show, has lashed out with a scathing review; the video clip above (the audio of which is NSFW) is less than half of the 10 minutes he devoted to the “glitches” on Monday. A sample: After a news clip noting that less than 10 percent of applicants were successful in applying the first week, Stewart said:

“Less than ten percent — how bad is that? Twenty percent is the number of dentists who recommend sugared gum.”

I can just see some drone in the basement of the White House crafting a talking point in rebuttal: “Actually, when four out of five dentists recommended sugarless gum for their patients who chewed gum, most of the remaining dentists recommended not chewing gum at all.” But if you’re poking holes in the joke premise after Jon Stewart has gotten his laugh and moved on, you’re in trouble. 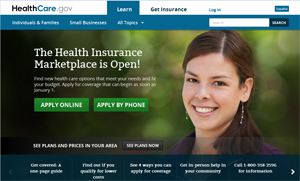 Here’s why it matters what one comedian thinks: The Daily Show‘s biggest demographic is 18- to 29-year-olds — the very people who have to be persuaded to purchase a product they don’t think they need at a price that will subsidize their elders. James Taranto dissects a new HealthCare.gov ad featuring a woman in her 50s who

“is purportedly getting a free lunch: better coverage with lower premiums, deductibles and copayments than someone with her risk profile would be able to negotiate absent price controls. But people can get a free lunch only if other people pick up the tab. The technical term for those other people is “suckers.” In the case of ObamaCare the suckers are young and healthy people who normally would be cheaper to insure.”

Gallup polling data shows that one in three uninsured Americans currently plan to pay the penalty rather than spend the money on a healthcare plan. Obviously, the penalty-payers will skew heavily toward young people who think they don’t need insurance. Older people with pre-existing conditions can be expected to enroll at a very high rate, thereby loading the insurance pool with the most expensive people.