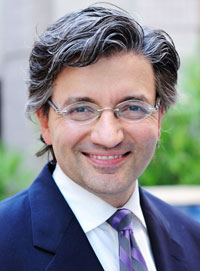 Leave it to a devout and patriotic Muslim-American to smack down the Obama Administration’s latest example of unseriousness in the struggle against Islamic fascism.

You may have read that Charles Bolden told al-Jazeera last week that when Obama appointed him to lead NASA, the president gave him three charges:Â  “One, he wanted me to help re-inspire children to want to get into science and math; he wanted me to expand our international relationships; and third, and perhaps foremost, he wanted me to find a way to reach out to the Muslim world and engage much more with dominantly Muslim nations to help them feel good about their historic contribution to science, math, and engineering.”

Set aside the fact that if you’re the head of the National Aeronautics and Space Administration, maybe one of your top three priorities ought to have something to do with, you know, space.Â  Focus instead on the notion that we should make nice with Islam by helping Muslims “feel good” about the fact that centuries ago, as the President said in his Cairo speech, Muslims contributed to the development of algebra and the use of magnetic compasses for navigation.

Of all the areas for potential interaction between America and Muslim nations, science has to be just about the least appropriate.Â  Muslim nations already have produced killers who hijacked technology they could not have developed to fly it into buildings they could not have built.Â  As M. Zuhdi Jasser of the American Islamic Forum for Democracy puts it, “Handing them our technology and funds could end up strengthening theocrats and monarchs, further preventing real reform.”

Jasser, a devout Muslim and former lieutenant commander in the U.S. Navy, is an important voice with more credibility on the nature of Islam than a cranky white guy from New Jersey could ever develop.Â  As Jasser writes, focusing on technology

… ignores the fact that many militant Islamist leaders, from bin Laden to Zawahiri to most of the heads of the Muslim Brotherhood, are very scientifically educated. In fact, the Brotherhood (Ikhwan) is sometimes pejoratively referred to as the “Brotherhood of Engineers.”

Zewail [another Obama Administration advisor] goes on to write: “Most Westerners today are unaware of the extent to which Nasser’s regime promoted education as the vital engine of progress.” How insulting: Gamal Abdel Nasser’s legendary fascism, pan-Arabism, and socialism have become “engines of progress.” Nasser infected the Middle East with a deeply corrupt ideology, yet Obama’s science envoy is apologizing for the Egyptian despot.

The challenge is not science and technology. Real Muslim reform will only come from modernization of thought in the political sciences, liberal arts, free markets, theology, and philosophy. Theocratic Islamist movements are the primary obstacles to Muslim enlightenment – not the absence of space technology.

And real Muslim reform, if it happens, will be driven by Muslim heros like Jasser — not by impotent efforts to paper over current threats by making Muslims “feel good” about long-ago events.