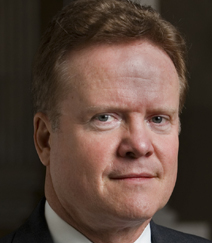 In a riff on Nixon-goes-to-China, only a Democrat could get away with stating clearly and frankly the banal truth that sometimes white people suffer from racial discrimination in America.Â  Fortunately, there’s a prominent Democrat willing to do so:Â  Sen. James Webb of Virginia, in an op-ed in the Wall Street Journal titled “Diversity and the Myth of White Privilege.”Â  An excerpt, with emphasis added:

The injustices endured by black Americans at the hands of their own government have no parallel in our history, not only during the period of slavery but also in the Jim Crow era that followed. But the extrapolation of this logic to all “people of color”â€”especially since 1965, when new immigration laws dramatically altered the demographic makeup of the U.S.â€”moved affirmative action away from remediation and toward discrimination, this time against whites. It has also lessened the focus on assisting African-Americans, who despite a veneer of successful people at the very top still experience high rates of poverty, drug abuse, incarceration and family breakup.

Those who came to this country in recent decades from Asia, Latin America and Africa did not suffer discrimination from our government, and in fact have frequently been the beneficiaries of special government programs. The same cannot be said of many hard-working white Americans, including those whose roots in America go back more than 200 years.

Contrary to assumptions in the law, white America is hardly a monolith. And the journey of white American cultures is so diverse (yes) that one strains to find the logic that could lump them together for the purpose of public policy.

Oddly, his clear-eyed column ends with a brief paragraph of sappy New Age drivel that reads like a badly executed new stanza of “Kumbaya.”Â  The summation is in the penultimate paragraph:

Nondiscrimination laws should be applied equally among all citizens, including those who happen to be white. The need for inclusiveness in our society is undeniable and irreversible, both in our markets and in our communities. Our government should be in the business of enabling opportunity for all, not in picking winners. It can do so by ensuring that artificial distinctions such as race do not determine outcomes.

I’m not a huge Webb fan across the board. Despite his own honorable service as a warrior and later as Secretary of the Navy, he was a leading critic of the Iraq War who once childishly refused to shake President Bush’s hand, and these days he’s excessively focused on a counterproductive, “defined and understandable end point” in Afghanistan.Â  But in a Washington racial cauldron whipsawed by deceit and overreaction, Webb is a beacon of reason on race.