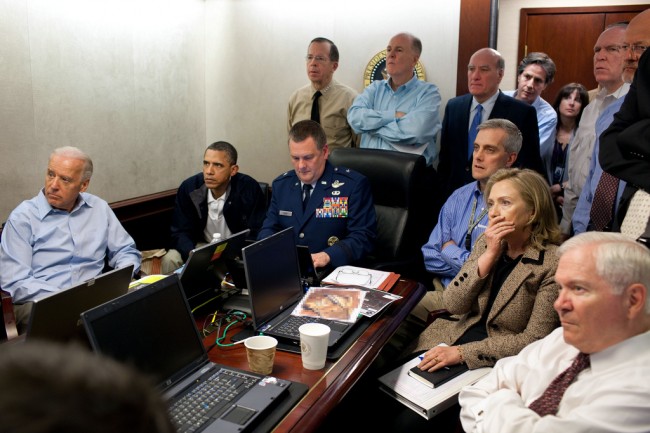 I’ve been highly critical of President Obama in the past, and I have no doubt that I will be again.Â  I’m opposed to essentially his entire domestic agenda, and I hope to help vote him out of office 18 months from now.

On the foreign affairs and national security front, Obama’s performance has been a mixed bag — which is to say, much better than on domestic matters.Â  After the newly elected President retained Bush’s defense secretary, I started tagging some of my posts with Bush’s Third Term.Â  Obama went on to allow the Iraq war to stay won, and properly escalated in Afghanistan.Â  (I’m puzzled by Libya, but hoping for the best.)

For at least the next 20 months, Obama is my president, and on some level I wish him well — particularly in his role as commander-in-chief.Â  I have nothing but contempt for Rush Limbaugh’s pre-election “I hope he fails” rhetoric, or for his sarcasm in the wake of Obama’s success this week. 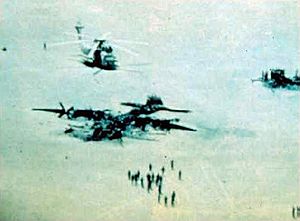 The 1980 debacle at Desert One

The SEALS did the most dangerous part of the mission, of course, but don’t underestimate the danger Obama stared down in giving the green light. The mission went off flawlessly — but there was no guarantee of that.Â  The compound could have been more heavily defended, multiple helicopters could have been lost.Â  It’s not hard to imagine an outcome like Desert One in 1980, which cost eight American lives and contributed to Jimmy Carter’s defeat.

The safer route would have been to have a Predator launch a missile into the compound — zero chance of American casualties, and presumably 100% casualties in the compound.Â  But that would have meant the death of multiple women and children, and no guarantee that bin Laden would subsequently be identified.

Despite the risks, despite not being certain that bin Laden was even in the compound, Obama signed off on the mission.Â  It could have ended badly, but it did not, and Obama deserves enormous credit for a landmark victory in the war against Islamic fascism.Â  Congratulations, Mr. President, and thank you.

Now about that healthcare bill…