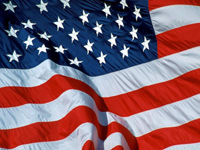 Three years ago today I posted my first substantive blog post, about Senator Obama, the Democratic nominee for president.Â  Here’s how it began:

We know now, of course, that Obama will never be an important senator.Â  But I think the post holds up pretty well.

There have been 443 posts since then (some of them more substantive than others). They’ve attracted more than 1,000 legitimate comments.Â  There also have been more than 93,000 spam comments, blocked by my Akismet plug-in.

These stats don’t exactly make me a titan of the blogosphere, but I enjoy having an outlet for writing. My heaviest traffic came from my one and only Instalanche, in a post noting that Treasury Secretary nominee Timothy Geithner’s tax problems got less attention from the media than Joe the Plumber’s.Â  The one post I’d like you to read if you haven’t already is “Honest Labor: From Mach 2 to Muenster to Madison.”

I was going to doÂ  this as two posts, but between entertaining, the sunshine, fireworks and various pressing chores, I didn’t get my July 4 post up in time.Â  Let me end with a favorite quotation from the Collect for Independence Day in the Episcopal Book of Common Prayer (page 242).Â  Regardless of your faith tradition, I hope you’ll join me in giving thanks for the Founders of America, who “lit the torch of freedom for nations then unborn.”Â  And to my favorite sailor, thank you for your service, son.

One thought on “Happy Independence Day to You;
Happy Blogiversary to Me”