Out of 50 states, it turns out 49 of them have lower taxes than New Jersey: 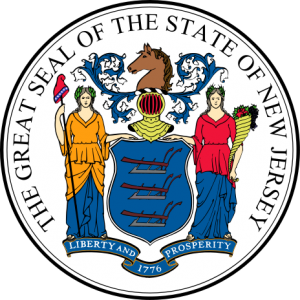 As a percent of their income, taxes in the Garden State were 12.2% in 2009, nearly double that of Alaska. Like Connecticut, much of this tax burden comes from state residents who commute to New York City and pay taxes there as well. This illustrates how a state resident contributes to the tax base of multiple states. Although not reflected in the percent of income residents pay in state and local taxes, it is nonetheless an additional burden commuters have to bear. According to Tax Foundation, the state has the third-worst environment for business in the country, with a corporate tax rate of 9%. It also has an above-average sales tax, as well as one of the highest rates in the country for cigarettes and liquor.

Kudos to Governor Christie for resisting class-warfare rhetoric and vetoing the so-called “millionaire’s tax.” My one-time boss, former Home News City Editor Tom Hester Sr., has the scoop on what can happen if you raise taxes on “the rich”:Â  They take their money elsewhere.

Gov. Chris Christie vetoed the so-called â€œmillionairesâ€™ taxâ€â€”a state income tax hike on residents who earn over $1 million annuallyâ€”sent to him last week by the Democratic-controlled Legislature for fear the 16,000 wage earners it would affect would bailout of the state and hurt the economy.

It turns out that 6-in-10 New Jerseyans who earn more than $75,000 annually say they would like to leave the state, compared to nearly half of those who earn less.

Econ 101: Investment supports job formation.Â  Raising taxes on anyone deters job formation.Â  In particular, tax increases on “the rich” should be thought of as coming dollar for dollar out of a pool of money that otherwise would be invested.

If you envy the wealth of others, work toward building your own wealth.Â  In the meantime, recognize that people with more money have more options than you do.Â  And get over it.

Update: Tigerhawk has his own take on NJ taxes.Â  I point this out primarily as an excuse to boast that I posted 32 minutes before he did.