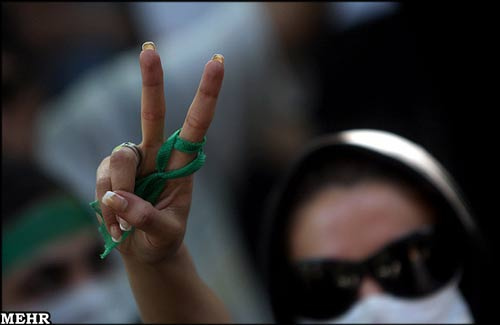 Since he turned against the Iraq War that he once championed, Andrew Sullivan has taken to using the term “neocon” as a curse word.Â  “The neocon hope that Ahmadinejad keeps himself in power – barely disguised any more – seems to me premature,” Sullivan said a few days ago — while linking to a blog post that is more accurately summarized by its own headline: “The Bright Side of Ahmadinejad’s ‘Win'”.

So when I saw Sullivan’s headline this morning — “The Good Neocons” — I was prepared for sarcasm.Â  But he was praising the work of two writers, Michael J. Totten (who years ago rejected the neocon label) and Daniel Finkelstein, whose London Times article Sullivan then quoted at length.Â  The whole thing is worth reading, but it was a different passage that jumped out at me:

Now, there is something you need to know. I am a neocon. Given all that has happened over the past ten years, I am sure my PR consultant would advise me to drop this label. But I don’t employ a PR consultant. [KP note: please contact me if you’d like to discuss your PR needs.] So, stubbornly, I cling on to the designation. It declares my belief in two things – that in every country in the world, wherever it may be and whatever its traditions, the people yearn for liberty, for free expression and for democracy; and that the spread of liberty and democracy (not necessarily through the barrel of a gun) is the only real way to bring peace to the world. I believe that what we are seeing on the streets of Iran now is a vindication of these neoconservative ideas.

Hear hear, and I’ll take it a step further:Â  It is a vindication of the decision to overthrow Saddam Hussein and liberate Iraq.

I sniped at Sullivan in my first Iran post for saying that Obama inspired the Iranian revolt by sweeping away the Bush years.Â Â  To me it seems self-evident that exactly the opposite is true.Â  If the Bush Administration had not planted democracies (albeit still troubled democracies) in Iraq and Afghanistan, it’s inconceivable to me that so many Iranians would risk their lives and their freedom for an idealistic vision that did not yet exist in their neighborhood.Â  Just as it was inconceivable that Libya would renounce its nuclear ambitions in the absence of a credible threat.

In the long run, the only hope for victory over Islamic fascism is a Reformation within Islam.Â  As Jews and Christians have evolved beyond the most repugnant parts of their own scriptures, so too can Islam. Â  If an Islamic Reformation occurs, the democracies that President Bush helped install in the heart of the ancient Caliphate will play an important role.