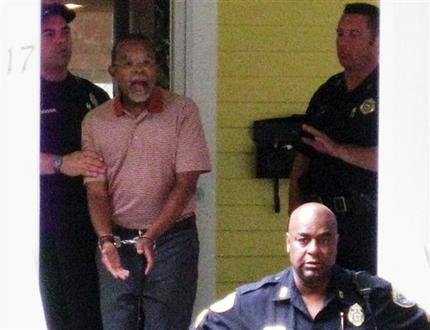 It took President Obama five days to speak out critically about the brutal suppression in Iran.Â  He said he didn’t want to be “seen as meddling.”Â  Law enforcement officials around the country are no doubt wishing today that the president had shown the same courtesy to the Cambridge Police Department.

Strictly on the basis of factual accuracy, I think Obama was correct in saying that the cops there “acted stupidly” when they arrested prominent Harvard scholar Henry Louis Gates Jr.

But after examining the incident through the prism of a personal incident from three decades ago, I’ve concluded that there’s no shortage of stupidity here.Â  Other people who acted stupidly include Mr. Gates… and Mr. Obama.

Is it understandable that Professor Gates, who is black, would be offended that a white police officer was investigating him for breaking and entering at his own home?Â  Of course.Â  But the idea that this was simply “racial profiling” doesn’t bear scrutiny.

Pretend for a moment that Gates is white.Â  Now read this uncontested account (with emphasis added) of how the incident began:

This much is known for sure: The 58-year-old professor had returned from a trip to China last Thursday and found the front door of his home jammed shut. Gates entered the back door, forced open the front door with help from a car service driver, and was on the phone with the Harvard leasing company when a white police sergeant arrived.

Obviously, somebody had called in a report of what appeared to be suspicious behavior.Â  Whether the professor is black, white or green, that’s more than enough reason for the police to show up asking questions.Â  This isn’t a “driving while black” incident, where a cop pulls over a black man just because he’s driving a nice car.

Gates on some level should have realized that the cop was there to protect the property rights of the homeowner… not knowing that the homeowner was Gates.Â  Thus far, at the time the cop knocks on the door, nothing stupid or racist has occurred.

Let’s pause for a flashback: Thirty years ago, when I was an undergraduate, I was looking out my window early one evening when I saw a man walk by a university-owned apartment across the street — an apartment that I knew was the residence ofÂ  a female assistant dean.Â  The man paused at a window for a moment, reached up and appeared to rattle it briefly, then walked around the corner of the building and out of sight.

After a brief internal debate about whether I was overreacting, I called the campus security office and said it looked like someone had just “tried the window” at Dean So-and-So’s apartment.Â  Security proctors were dispatched, and as they later explained to me, they determined the man in question was a friend of the assistant dean, arriving for dinner.Â  When he saw her while walking past her window, the guest tapped on it by way of greeting.

You may have guessed by now that the dinner guest was black and the assistant dean was white.Â  I know in my heart that I’m not a racist, but forever after I’ve been haunted by the question of whether I would have made the same phone call if the man had been white.

I don’t know the answer to that question, but it’s irrelevant to the issue at hand.Â  My point is that in both cases, the public safety officials were acting entirely properly when they responded to the scene.

So why do I agree with Obama that the cops “acted stupidly”?Â  Let’s let an ex-cop explain:

I was an auxiliary police officer for 20 years, 11 in Michigan where a wise chief told us never, under any circumstances, were we to arrest someone for disorderly conduct. He said that if we couldn’t find a more serious charge it was up to us to calm the person down. Otherwise he told us that using this charge was just an easy way to end a situation with a disruptive citizen without using the skill we were supposed to have to de-escalate.

Works for me.Â  By all accounts, the responding officer in Cambridge quickly determined that Gates was the owner of the house.Â  At that point he needs to say “I’m sorry for the inconvenience” (not: I apologize for doing my job while white) and leave the scene — ignoring the homeowner’s taunts if necessary.

Accounts vary, but it seems pretty clear that Professor Gates was essentially arrested for contempt of cop.Â  So why did I open by saying he also had acted stupidly?Â  Note that I’m not saying the professor’s actions were moral or immoral, justified or unjustified.Â  What I’m saying is that whatever reason he may have had for being angry, it’s just stupid to get into an obstreperous argument with a man carrying a gun.

Which brings us to the real, potentially more consequential stupidity, by a man who should know better, and who doesn’t have the excuse of talking in the heat of the moment.Â  When asked about the incident at yesterday’s news conference about health care, President Obama started his response by saying:

Well, I should say at the outset that â€œSkipâ€ Gates is a friend, so I may be a little biased here. I donâ€™t know all the facts.

In the words of Bob Parks, a black commentator who speaks more harshly of Obama than I do, “This is where the president should have stopped and minded his own business, but the all-about-me man just couldnâ€™t contain himself. … President Obama admits he didnâ€™t know much about the case, and yet slams a police department on national television. Is this stupid or what?”

It’s stupid on several levels, and lashing out at law enforcement is only one of them.Â  As Megan McArdle notes, Obama’s statement is stupid because he’s undermining his own agenda: “The Gates story is sucking up the public’s very limited attention span for health care.”

Most importantly, I think, it was stupid because of the hard work Obama has done for years to differentiate himself, successfully, from the racial grievance industry.Â  Obama at his worst is a better man than Al Sharpton at his best… but ask yourself if this passage from the press conference transcript doesn’t sound like Sharpton impersonating a reasonable observer:

Now, I donâ€™t know, not having been there and not seeing all the facts, what role race played in that, but I think itâ€™s fair to say, number one, any of us would be pretty angry; number two, that the Cambridge Police acted stupidly in arresting somebody when there was already proof that they were in their own home; and number three, what I think we know separate and apart from this incident is that there is a long history in this country of African Americans and Latinos being stopped by law enforcement disproportionately. Thatâ€™s just a fact.

Yes, Mr. President, there is a long history — and everybody is already aware of it. You have not made America more aware of it by taking sides in an ambiguous incident.Â  All you have done is provided protective cover for Al Sharpton, Jesse Jackson, and others who make their livings by fanning the embers of racial resentment.

(The snapshot of Gates in handcuffs, said to have been taken by a neighbor, is widely available on the internet)