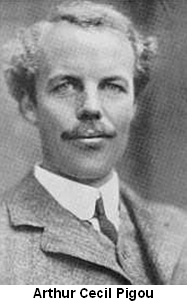 Charles Krauthammer burnishes his credentials as a member of the Pigou Club with a cover story in the January 5, 2009 edition of Weekly Standard, titled “The Net-Zero Gas Tax: A Once-in-a-Generation Chance.” (Hat tip: Jonah Goldberg.)

The Pigou Club Manifesto was Greg Mankiw’s call in October 2006 to increase the gasoline tax significantly, thereby encouraging more fuel-efficient cars, reducing pollution, reducing oil consumption, and reducing the amount of money we send every year to oil-producing countries that hate us. His specific idea was for a $1 gas tax phased in over a decade, which seemed radical then but now sounds like it would barely get anybody’s attention.

Krauthammer dispenses with the phase-in and calls for an immediate $1 a gallon gas tax increase, offset by reducing other taxes so that the overall effect is revenue-neutral (thus the Net-Zero in his headline). The beauty of a gas tax is its simplicity, although there might need to be various offsets and exceptions to make such a system palatable. Krauthammer:

But whatever one’s assumptions and choice of initial tax, the net-zero tax swap remains flexible, adjustable, testable, and nonbureaucratic. Behavior is changed, driving is curtailed, fuel efficiency is increased, without any of the arbitrary, shifting, often mindless mandates decreed by Congress.

This is a major benefit of the gas tax that is generally overlooked. It is not just an alternative to regulation; because it is so much more efficient, it is a killer of regulation. The most egregious of these regulations are the fleet fuel efficiency (CAFE) standards forced on auto companies. Rather than creating market conditions that encourage people to voluntarily buy greener cars, the CAFE standards simply impose them. And once the regulations are written–with their arbitrary miles-per-gallon numbers and target dates–they are not easily changed. If they are changed, moreover, they cause massive dislocation, and yet more inefficiency, in the auto industry.

CAFE standards have proven devastating to Detroit. When oil prices were relatively low, they forced U.S. auto companies to produce small cars that they could only sell at a loss. They were essentially making unsellable cars to fulfill mandated quotas, like steel producers in socialist countries meeting five-year plan production targets with equal disregard for demand.

As Krauthammer notes earlier in his article, the federal gasoline tax in America is 18.4 cents per gallon, while in England and much of Europe the gas tax approaches $4 per gallon. (Hmmm… I wonder why people drive smaller cars in Europe than in the U.S.?) A higher gas tax makes sense on so many levels. But given the car lust that seems to be part of the DNA of so many Americans, I’m not holding my breath waiting for it.

5 thoughts on “A Golden Opportunity for a Higher Gas Tax”