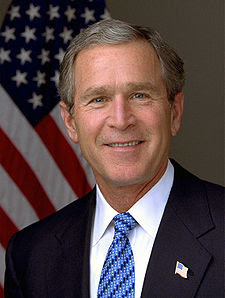 6 thoughts on “How Will History Judge Bush?”