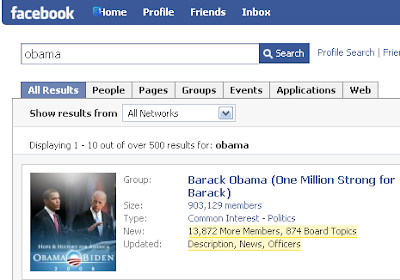 Here’s hoping that whatever socialist tendencies President-elect Obama may have will be tempered by recognition of the success of his remarkably entrepreneurial, decentralized campaign.

The key question now is how will Mr. Obama govern? Will he stick with the policies he ran on or adopt the approach that he won with?

The only way a president can maximize economic growth is to unleash diffuse networks of entrepreneurs. As economist Bob Litan of the Kauffman Foundation says, “Government can’t compel growth.” But Mr. Obama’s plans — “card check” legislation to allow workers to unionize a workplace without a secret ballot election; curbing free trade; a government-led “green economy”; and higher tax rates on capital and entrepreneurs — do not reflect his campaign’s deep trust in individuals.

A thought experiment, Mr. President-elect: What if as your campaign raised more and more money it was taxed away and given to Mr. McCain to level the field? Or think of this: What if you were not allowed to opt out of the public financing scheme that left Mr. McCain with a paltry $84 million, about a quarter of your autumn total?

Opting out of monopolistic, closed or centralized systems is often the path to innovation. Sometimes we opt out through the relaxation of regulations. More often, technology allows us to leap, obliterate or ignore the obstacles altogether.

Further evidence that Obama understands the magic of capitalism can be seen from the fact that he has attracted a prominent critic from his left: Anti-Corporate Buffoon Ralph Nader, who asked on election day if Obama would be Uncle Sam or “Uncle Tom.” This offered a rare opportunity to see a Fox News anchor who has Obama’s back (4:48):

P.S.: It also provides a rare example of a criticism of Obama that actually IS racial code.