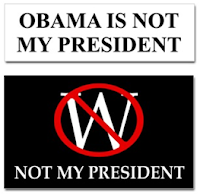 Yes, there are reasons to fear that Obama has a far left agenda, based on his history, some of his own statements, and his associations. There are even reasons to believe that whether he does or doesnâ€™t have such an agenda himself, he will lack the inclination (or perhaps the backbone) to stop the far left agenda of those with the power to pass bills â€” in other words, the hugely Democratic Congress and its leaders Reid and Pelosi.

But I suggest that everyone stand back, take a deep breath, and wait. Wait, and observe. It will become clear enough as Obama chooses a Cabinet and advisers. And then it will become even more clear as he takes office and begins the work of government. More clarity will come as he handles the inevitable crises and tests that will occur on his watch.

Her column makes me feel like the cybergods are smiling at me. [Self-absorbed? Moi?] I briefly considered calling my blog “Neo-neo-neocon,” but I thought it might sound derivative. Now we’ve written about similar topics at the same time. As an added bonus, she links to the Wikipedia definition of BDS, where I find that the term originally was coined by… Charles Krauthammer, whom I quote often enough that he has his own tag on my blog.

Neo describes how the deployment of derangement can backfire:

Once again, I want to emphasize that we are not talking about mere policy disagreements here. Weâ€™re talking about demonizing and trashing a person, ascribing to him the worst motivations possible and imagining conspiracy theories everywhere.

I think this happened to a certain segment of the right with Bill Clinton. It was never anywhere near as widespread as BDS later was, but CDS existed and was a slow poison that may have contributed to the later development of BDS on the other side.

Criticism, even harsh criticism, has a valid role in a political system that draws strength from the clash of ideas. I try to avoid the temptation to lapse into name-calling, although sometimes I succumb when it comes to targets on the political margins, such as Ralph Nader, Jesse Jackson and Al Sharpton, and Obama’s unholy trinity of Bill Ayers, Jeremiah Wright and Tony Rezko.

But the Presidency is different. Like it or not, an American President is a symbol of our country, and demonizing him diminishes all of us. I’m all in favor of expressing criticism in strong terms, but I have nothing but scorn for the kind of mentality that leads someone to say, “Bush [Obama] is not my President.” Actually, he is.