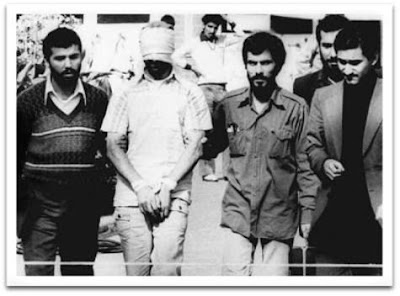 “Respect and partnership” 30 years ago

I didn’t pay close attention to Obama’s first media interview as President yesterday, with with Al-Arabiya. The news snippet I saw led with:

President Barack Obama on Tuesday chose an Arabic satellite TV network for his first formal television interview as president, delivering a message to the Muslim world that “Americans are not your enemy.”

Today a former favorite professor, Fouad Ajami, offers a somewhat more troubling perspective in the Wall Street Journal [free link], noting that Obama said he wants to return to “the same respect and partnership that America had with the Muslim world as recently as 20 or 30 years ago.”

[Hm… 20 years ago… 1989… that would have been during the investigation into the December 1988 terrorist bombing of Pan Am Flight 103, for which a Libyan intelligence officer was convicted. 30 years ago would have been 1979… now why does that year stick in my mind? Oh yes, that was when militant Islamists declared war on America by taking hostages at our embassy in Tehran.]

But let Professor Ajami make his own points. Under President Bush:

America had toppled Taliban rule and the tyranny of Saddam Hussein; it had frightened the Libyan ruler that a similar fate lay in store for him. It was not sweet persuasion that drove Syria out of Lebanon in 2005. That dominion of plunder and terror was given up under duress…

In this vein, the assertive diplomacy of George W. Bush had given heart to Muslims long in the grip of tyrannies.

Take that image of Saddam Hussein, flushed out of his spider hole some five years ago: Americans may have edited it out of their memory, but it shall endure for a long time in Arab consciousness. Rulers can be toppled and brought to account. No wonder the neighboring dictatorships bristled at the sight of that capture, and at his execution three years later.

The irony now is obvious: George W. Bush as a force for emancipation in Muslim lands, 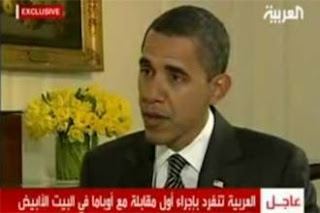 and Barack Hussein Obama as a messenger of the old, settled ways. Thus the “parochial” man takes abroad a message that Muslims and Arabs did not have tyranny in their DNA, and the man with Muslim and Kenyan and Indonesian fragments in his very life and identity is signaling an acceptance of the established order. Mr. Obama could still acknowledge the revolutionary impact of his predecessor’s diplomacy, but so far he has chosen not to do so.

Ajami currently is a professor at Johns Hopkins, but he previously taught at Princeton, where I had the good fortune to take his International Relations course during my freshman year, more than [cough] years ago. His latest book, The Foreigner’s Gift, occupies a place of honor on my bookshelf — it is a scholarly examination of the war in Iraq, which the Lebanon-born Ajami strongly supports as a just war.

The WSJ article has an unfortunate headline that Ajami undoubtedly did not write: “Obama Tells Arabia’s Despots They’re Safe — America’s Diplomacy of Freedom is Officially Over.” That vastly overstates the point the good professor makes in the text. I read the article as a caution to the new president to avoid giving up the progress that has been made toward establishing a model for Islamic democracy in Iraq and Afghanistan. As Ajami says in the article:

This war was never a unilateral American war to be called off by an American calendar. The enemy, too, has a vote in how this struggle between American power and radical Islamism plays out in the years to come.

Radical Islam will not end its war against America anytime soon. It will be up to President Obama to ensure that we continue to fight back. He struck the right tone in his inaugural address: “for those who seek to advance their aims by inducing terror and slaughtering innocents, we say to you now that our spirit is stronger and cannot be broken; you cannot outlast us, and we will defeat you.” When the inevitable next crisis arises, I hope his actions will be guided by those words, rather than by a yearning for the idyllic days of “20 or 30 years ago.”