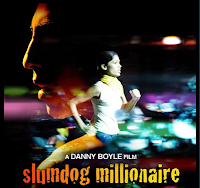 … turn off the damn comp and go see it, right now. (Or, whenever it’s showing in a theater near you.)

It’s a thriller. It’s a love story. It’s a music video (don’t miss the dance scene after the credits start rolling). It’s a Bollywood-to-Hollywood crossover. It’s a multi-cultural morality play for the ages.

It’s one of the best movies I’ve ever seen, starring nobody I’ve ever heard of.

Go. The Internet will still be here when you get back.

Nick O’Neill has a good post at Social Media Today describing Israel’s use of social media in the current conflict in Gaza. Among other things, the Israeli Consulate in New York is engaging with supporters and critics alike, on Twitter. It’s reminiscent of Scott Monty’s efforts on behalf of Ford.

Update: Also see this, at Pajamas Media — it describes how Israel’s social media efforts represent an end-run around the mainstream media, much of which is bizarrely anti-Israel. “Now Israel can go directly to bloggers and other social media users to make their case without the biased filtering that takes place in all but a few outlets in the mainstream media.”

Updated Update: The IDF has a YouTube channel with a selection of precision bombing videos. In the one below, Israel strikes a Hamas truck as it is being loaded with Grad rockets. It’s a powerful answer to the charges that Israel is bombing indiscriminately. (Hat tip: Meryl Yourish) 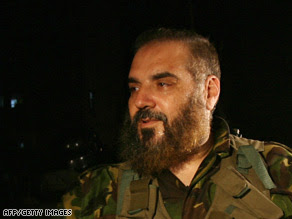 “A senior Hamas leader, Nizar Rayan, was killed today with his four wives and two of his children in an Israeli air strike in Gaza, medics said,” according to an account in The National, an Abu Dhabi-based, English-language paper. (Photo: AFP/Getty, via CNN)

The deaths of the wives and children are unfortunate, but Rayan knew he was a target and chose to endanger his family by using them as human shields. Whenever Israel has an opportunity to kill a senior terrorist, it would be irresponsible not to pull the trigger. Hamas can stop the conflict at any time by ceasing its rocket attacks against Israel, which have continued today.

In an earlier post I defended Israel’s use of “disproportionate” force. I later found a post by TigerHawk explaining why a disproportionate response to Hamas rocket attacks is not just defensible, but also necessary:

Massive, militarily disproportionate retaliation is the cornerstone of deterrence, and without it there would be more war, not less. …

The requirement that retaliation be proportional rather than “massive” destroys the credibility of the threat to retaliate and therefore the effectiveness of the deterrance. Why? Because it allows the attacker to determine the price he will pay for launching the attack. If the attacker knows that he can absorb a blow equal to the one he delivers, then he will not be concerned that the defender has the capability to retaliate massively.

This is like limiting the penalty for property crimes to restitution. Why not rob the bank? If you’re caught, you only have to give the money back.

Unfortunately I can’t find the link where I read the following idea, so I’ll just paraphrase: If Hamas and all the world’s jihadists were to lay down their weapons, there would be peace between Israel and Palestine. If Israel were to lay down its weapons, Israelis would be slaughtered to the last man, woman or child.

Can anyone offer any evidence that the above statement might not be true? This is a serious question, please leave a comment if you can make a substantive argument. And if the statement is true, I find it hard to understand why anyone would not root for the Israelis.