New Jersey’s new governor is determined to reverse the state’s “failed experiment”, which consists of taxes chasing deficits in an ever-ascending spiral.Â  A Barron’s article does the most concise job I’ve seen of explaining what he’s up against, and why his efforts should be supported. 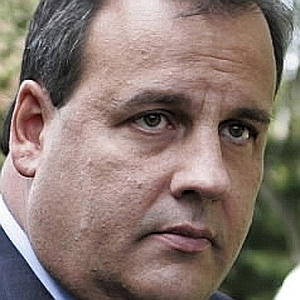 Unlike his predecessors, Republican Gov. Chris Christie has recognized that high taxes were a problem, not the solutions to the state’s fiscal woes. The Tax Foundation ranks New Jersey as the highest in the nation in state and local taxes as a percentage of income. It’s especially bad for top earners: 4.4% of individuals account for 55% of personal income-tax revenue.

Even though the state faces a $10.7 billion deficit — equal to more than one-third of the total budget — in fiscal 2011 starting July, Christie has refused to raise taxes and further increase this tax burden. Indeed, he has recommended not renewing a 2% “millionaire tax” enacted by former Gov. Jon Corzine, so that the top state income-tax bracket will revert to 8.97%, still among the highest in the nation.

In addition, New Jersey homeowners pay the highest property taxes in the nation, $7,281 on average annually. That represents a 90% increase from 1999 to 2009 — a trend that is driving wealthy New Jerseyans to other states — mainly Florida, Pennsylvania and even New York, according to Boston College’s Center on Wealth and Philanthropy. As [municipal bond analyst Howard J.] Cure notes, for years the migration went in the other direction across the Hudson as heavily taxed New Yorkers sought relief in New Jersey.

When your budget deficit is more than a third of your total budget, you need more than tweaks and nudges to return to financial stability.Â  I strongly suspect that some additional taxation will occur, but when your taxes are the highest in the nation, “no tax increases” is the right starting point for debate.Â  In any discussion of New Jersey’s finances, the burden of proof should be on anyone who opposes spending cuts.Â  After taking on the powerful teachers unions, I hope Christie continues to play hardball.

6 thoughts on “Why Christie’s on the Right Track, in Three Paragraphs”