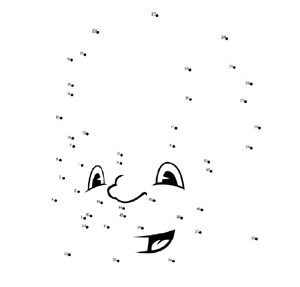 I loved the concept of Everybody Draw Mohammed Day: stick a thumb in the eye of the cowardly suits at Comedy Central, Yale University Press and elsewhere who backed down in the face of thuggish threats and betrayed the cause of free expression through self-censorship.Â  Do it in a way that thoroughly dilutes the target pool, creating more Mohammed-depicters than there are jihadis.Â  Fight back against jihadism (the term I think I may start using in place of “Islamic fascism“) in a truly non-violent way.

But I have to say I’m appalled by the vulgarity and obscenity of many of the images I’ve run across today. Predictable, I suppose, but I failed to predict it.Â  No, I’m not going to link to them, you can find your own if you want.Â  I’m talking about the hundreds of graphic depictions of bestiality, pedophilia and rape.Â  (Yes, I know that Mohammed allegedly consummated his “marriage” to Aisha when she was nine or 10 years old, and I agree that it’s quite reasonable to label that “pedophilia.”Â  But I still don’t want to look at a picture of it.) 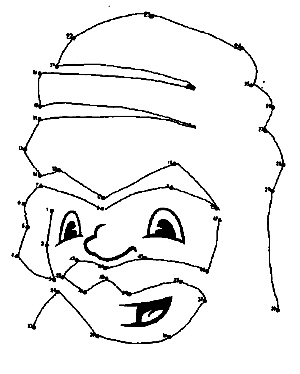 But I do like Reason‘s selection of winners for its “EDMD” contest, precisely because they avoid such crudity.Â  Their grand prize winner is above; clicking it will take you to their writeup, where they note:

The single most important element â€“ and the thing that ties these selections together [the winning image above and two runners-up] â€“ is that each image forces the viewer to do two things.

First, they consciously call into question the nature of representation, no small matter in fights over whether it is allowed under Islamic law to depict Mohammed (for the historical record, there is no question that the idea that is always wrong is only of recent vintage; there is a long history of sacred and superficial images of the Prophet)….

Second, each of the images forces the viewer to actively participate not simply in the creation of meaning but of actually constructing the image itself. This is clearest in our grand prize winner … which pushes iman and infidel alike to do the work that would condemn them to death under the most extreme reading of injunctions against representing Mohammed.

I have one quibble with the contest at Reason — they seem to have cropped out a couple of essential dots.Â  If you enlarge the image, print it out and connect the dots, as I have done in the second image (yes, maybe I need a hobby), you’ll find that dots No. 31 and 32 are missing.Â  Since they’re at the bottom of the image, they presumably would establish Mohammed’s beard — without which he looks more like Sonic the Hedgehog.