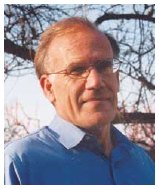 We are on the hinge of history, unsure whether we swing to 1974 and give up, or swing back to 2006 and win. For those who demand immediate and complete withdrawal, a victorious Taliban will likely do to women and liberal reformers what the Vietnamese once did when they sent millions to camps or fleeing the country for their lives.Bottom line: I tried to fathom the presidentâ€™s speech, and I sympathize with his dilemmas, but I have absolutely no idea what his ultimate strategy is â€” and can only pray the enemy does not either. And Afghanistan was supposed to be the â€œgoodâ€ war that Obama once chest-thumped about and campaigned on with promises of seeing it stabilized, while the â€œbadâ€ war in Iraq is one that he is now taking credit for, through following the very Bush-Petraeus plan that he once demonized.

And, I might add, the Afghanistan war is the one my favorite sailor is supporting through his service.

I didn’t watch the speech — life intruded, I was meeting with contractors as part of a committee considering proposals for a new heating system for St. George’s church.Â  As head of the property committee, I spent $13,000 of unbudgeted money making emergency repairs to the existing steam heating system, but it’s toast — that boiler will never be turned on again.Â  Now we have to spend an order of magnitude more money, also unbudgeted, to have a forced-air system in place before the weather gets cold.Â  Forward in faith!