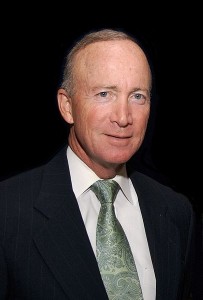 OK, the Pres has some political skills, and I loved the closing tribute to Seal Team 6.Â  Obama deserves his share of the credit for approving a risky mission, and he earned the right to a stirring build-up to “God bless the United States of America.”

Onward!Â  We learned four years ago that one of the greatest perils of running for president is the urge to try to hit a five-run homer when picking a running mate.Â  Whoever wins the election will have earned the right to finish in the top two, by winning the endorsement of one of our two major political parties.Â  But could there be a worse way to pick a vice president?Â  One person makes the decision in secrecy, and it’s virtually irreversible.

I was disappointed when Gov. Mitch Daniels of Indiana declined to run for president last year.Â  He might not have ended up being my favorite, but I thought he had potential.Â  The governor’s response to the the State of the Union address tonight has me ready right now to endorse him for VP.Â  I’m a sucker for a full-throated celebration of capitalism, and Daniels pitched a gem:

“Contrary to the President’s constant disparagement of people in business, it’s one of the noblest of human pursuits. The late Steve Jobs – what a fitting name he had – created more of them than all those stimulus dollars the President borrowed and blew. Out here in Indiana, when a businessperson asks me what he can do for our state, I say ‘First, make money. Be successful. If you make a profit, you’ll have something left to hire someone else, and some to donate to the good causes we love.’

“The extremism that stifles the development of homegrown energy, or cancels a perfectly safe pipeline that would employ tens of thousands, or jacks up consumer utility bills for no improvement in either human health or world temperature, is a pro-poverty policy. It must be replaced by a passionate pro-growth approach that breaks all ties and calls all close ones in favor of private sector jobs that restore opportunity for all and generate the public revenues to pay our bills.

And here’s a tiger-whistle to fellow Princeton grads: Mitch Daniels ’71!