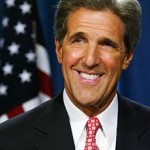 When I was in high school, one of my favorite gag lines was, “I’m a reformed Druid — we worship bushes.”  I thought this was hilarious.  More than that, after saying it enough times, I went through the next quarter century honestly believing I had made it up. (According to the spoilsport Internet, it dates at least back to a M*A*S*H episode in 1973 — a year I remember as “10th grade” — and probably to the whimsical founding of the Reformed Druids of North America in 1963.)

Some time ago I started talking about my concern that Mitt Romney might be the Republican equivalent of John Kerry.  Here’s how I described it in my December 12 endorsement of Romney:

The saying is, “you can’t beat somebody with nobody” — and any sitting president is a somebody.  Romney’s not exactly charismatic or inspirational, and the risk is that he becomes the Republican analog to John Kerry.  Lots of people voted against George Bush in 2004, but hardly anybody voted for Kerry.

I don’t remember hearing that analogy offered previously by anyone else, but I’m wary of claiming authorship.  A search for “Is Mitt Romney the Republican John Kerry?” — including the quotation marks in the search — yields more than 7,500 results.  But the vast majority of them turn out to be other sites referring to a post by that name on Daily Kos.  And the Kos reference is more than a full month later than mine.

The Kos post is by someone who hides behind the screen name Zackpunk, and as you would expect, it is highly tendentious:

Both Romney and Kerry have a political issue that makes them unpopular with their own base. For Kerry it was his vote for the war in Iraq (or the authorization for Bush to wage said war). Hardcore progressives were loathe to forgive him on that. Romney’s scarlet letter is the healthcare mandate he enacted as governor for Massachusetts. Trying to help the sick is an unforgivable offense for today’s GOP.

Really, Zackpunk? Do you really think Republican opposition to Obamacare is driven by animosity toward sick people?

But whatev, let’s turn our attention back to me.  Those 7,500 Google hits collapse down to a mere two screens of results, followed by “we have omitted some entries very similar to the 18 already displayed.” Of those 18, only one appears to predate the Kos reference.  It also predates mine: It’s from a group blog I had not previously encountered called Exchange Coffee House.  In a post titled “Is Mitt Romney the Republican’s John Kerry?“, Roland Hulme offered a much more balanced post than Zackpunk, adhering to the blogosphere’s typical inverse relationship between thoughtfulness and web traffic.

[P]oor old Mitt makes the worst possible candidate precisely because of the reason he’s been chosen – his mediocrity.

The GOP are planning to run a middle-of-the-road Republican based on nothing more substantial than the slogan: “He’s not Barack.” The problem is, Romney has a track record of so-called “statism” that rivals Obama’s own! …

For example, he invented the “Obamacare” health care reform that the Republicans now expect him to criticize and discredit. Romney’s political advisers even met with Obama to help draft the bill!

If Romney ultimately takes the candidacy for 2012, Obama will get his second term in office

The post is dated October 18, 2011, which trumps me by two months.  I think I first started talking about the analogy earlier than that, but I can’t prove it.  (Note to self: get off your fetish about research, just start posting stuff as it pops into your head.)

Hulme certainly has correctly identified Romney’s heaviest baggage.  “Romneycare” (a misnomer) makes it much more complicated to take advantage of the wildly unpopular Obamacare.  Complicated, but not impossible.  While Romney signed legislation with a constitutionally questionable individual mandate, the Massachusetts version was a bipartisan effort — not a single-party cramdown advanced in 1 a.m. votes and “deem and pass” maneuvers in a desperate race to get the bill signed before enough people realized just how bad it was.

The healthcare bill Romney signed is more of a liability in the GOP primary than it will be in the general election. And while Romney may be more of a “big-government Republican” than many conservatives would prefer, most of those conservatives will vote for him anyway, correctly reasoning that he’s well to the right of Obama.

I think Hulme is on shakier ground in saying Mitt’s “mediocrity” is the reason he’s been chosen.  (I’m posting this half an hour before the polls open in Florida, where I expect Romney’s inevitability to re-emerge.)  Romney, who can point to his background as a governor and a successful businessman, is bland, not mediocre.  That distinguishes him from Kerry, who was both.