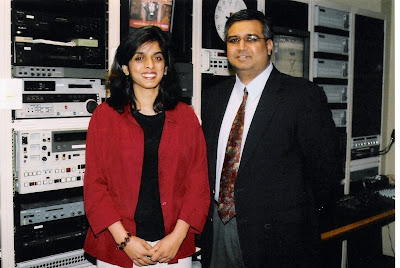 Nearly a week after her husband allegedly cut off her head, Aasiya Zubair Hassan still smiles confidently into the camera for the high-resolution publicity photo available on the website of the TV station the couple started.

If you download the photo, you’ll discover that the filename is “Mo – Assiya – 3 – High.jpg”. It’s not clear whether “Assiya” is an alternative spelling that Aasiya would have accepted, or if it’s just one last indignity at the hand of someone working for her estranged husband, Muzzammil Hassan. That’s “Mo,” on the right.

“Aasiya Zubair (left), wife of Bridges TV CEO Mo Hassan (right) played an instrumental role in the creation of Bridges TV since she came up with the idea for the network.“

As Daniel Pipes, who has followed Bridges TV since its founding in 2004, notes:

Two sorts of public reactions to the murder are emerging: Spokesmen on behalf of Islamic organization emphasize that domestic violence happens in all communities and Muslims must pay it more attention, while women’s rights advocates focus on the Islamic element.

I’ve been critical in the past about what I saw as insufficient Muslim condemnation of terrorism, but I have no quarrel with the ISNA statement above. The spokesman calls for Muslims to condemn domestic violence and not to pretend it doesn’t happen in the Muslim community. I don’t blame him for emphasizing, correctly, that men in other cultures also kill their wives.

I’m late to this story, but it’s not going away soon. It’s coming out now that this was his third marriage, and he was violent with his previous wives as well. Phyllis Chesler, who after the murder apparently accelerated publication of her study “Are Honor Killings Simply Domestic Violence?” (she votes No), has called on bloggers and reporters to help advance the narrative.

In 2004, Hassan said the station was started because

“There should be a Muslim media so that Muslim children growing up in America grow up with the self confidence and high self esteem about their identity both as Americans and as Muslims.”

If “Mo” is in fact the killer, surely he must have known that the stereotypical manner of his crime would set that worthy cause back. At one time, Mo felt secure enough in his masculinity and his marriage and his culture to pose with his unveiled, lipsticked wife and credit her with the idea for the company he headed. It’s hard to reconcile that with what he allegedly did last week.

8 thoughts on “The Beheading Victim Was Also Muslim”