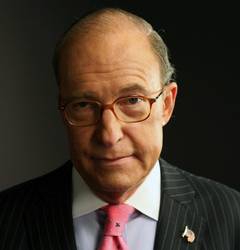 For days after conveying the coveted All That Is Necessary Seal of Approval on the Cash for Clunkers program, I’ve watched a parade of conservative commentators weigh in against it.Â  Some of the critics were straining too hard to find a way to bash a Democratic initiative, but there were enough substantive concerns that I began to worry about having my conservative decoder ring revoked.

So I was relieved when prominent conservative economist and columnist Lawrence Kudlow came out in support of my position.Â  (Disclaimer: Kudlow did not actually consult with me, and may not have been aware that he was backing my play.)

At this moment in history, if weâ€™re going to use fiscal stimulus as Washington insists, I favor extending the cash-for-clunkers car-rebate program.
…

In virtually no time, the clunker program has become a national pastime. It has captured the publicâ€™s imagination in a way that no other federal stimulus has. Everyone is talking about it. And I truly believe that consumer spirits have been buoyed by the prospect of going out and buying a new car â€” even with federal assistance, and even under the duress of federal mileage standards.

Note that Larry and I are not advocating government giveaways to stimulate the economy.Â  (I call him Larry ’cause he agrees with me.)Â  We’re just saying that IF the government is going to dump tax money into a stimulus scheme, Cash for Clunkers is a particularly good way to do it.Â  It’s an artificial and ultimately unsustainable feel-good program — but if that’s what Dr. Congress has prescribed, at least it takes advantage of the fact that economic recovery and improved consumer sentiment go hand in hand.